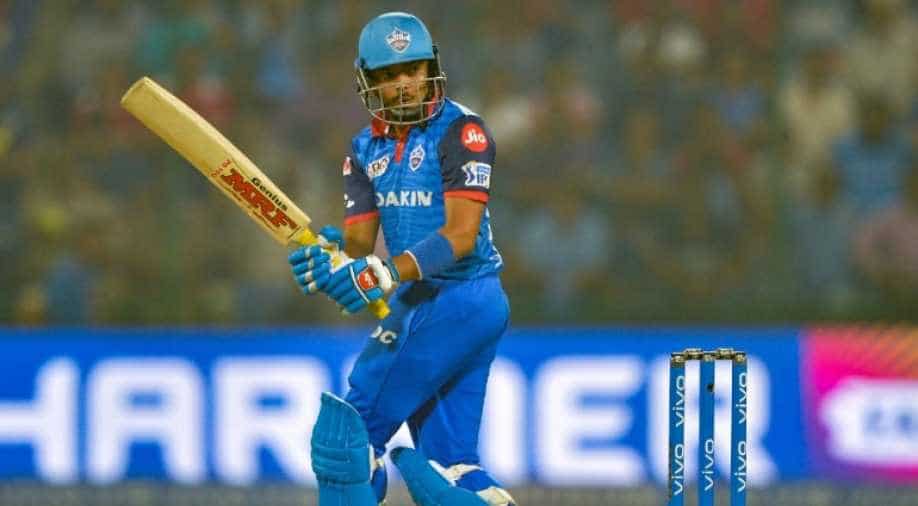 Speaking after the match, Shaw spoke about Pant's captaincy and described the youngster as a "fearless" leader.

Delhi Capitals were off to a wonderful start as Dhawan and Shaw guided the team to a massive win against Chennai Super Kings in Match 2 of IPL 2021. This was Rishabh Pant's first-ever game as a captain for Delhi Capitals after Shreyas Iyer was ruled out from the tournament following a shoulder injury.

Speaking after the match, Shaw spoke about Pant's captaincy and described the youngster as a "fearless" leader.

"We really miss Shreyas Iyer, and he led the team very well. However, Rishabh Pant is very smart. He is fearless and enjoys the game. He's very entertaining on the field and is very cool and calm as a Captain. He's doing a fantastic job for the team," Pant was quoted as saying in a DC press release.

Delhi had a big chase ahead after Chennai set a target of 189 runs. However, openers Shikhar Dhawan and Prithvi Shaw gave the best possible start for the Capitals. The duo stitched a 138-run partnership.

Dhawan smashed 85 runs in 54 balls. He smashed 10 4s and two sixes and was adjudged the Man of the Match.

Both Dhawan and Shaw's half-century was enough to dampen CSK's confidence. Despite Shaw and Dhawan's dismissal, Delhi easily chased the big total.