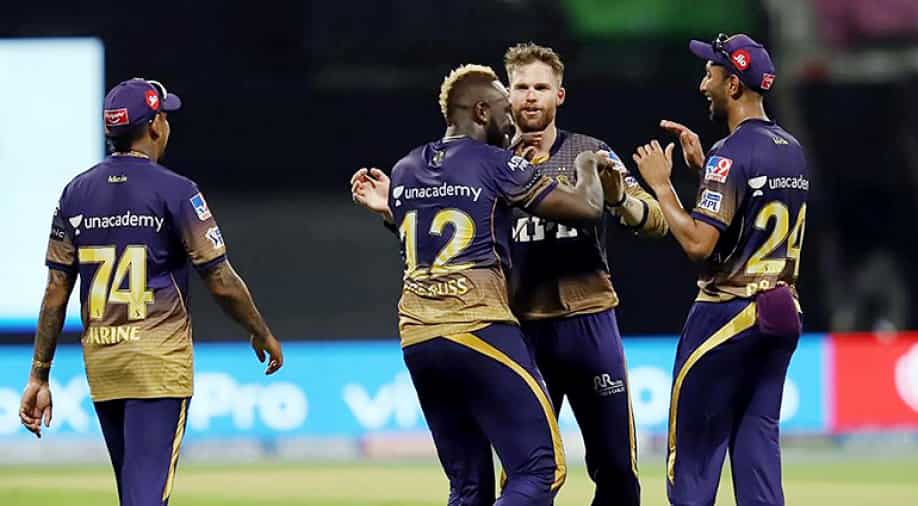 CSK will lock horns with KKR in Abu Dhabi on Sunday. Photograph:( ANI )

CSK vs KKR, IPL 2021: Both Kolkata Knight Riders and Chennai Super Kings will be looking to continue their winning run when they lock horns in Abu Dhabi on Saturday. Here is all you need to know about the blockbuster IPL clash.

Chennai Super Kings (CSK) and Kolkata Knight Riders (KKR) will lock horns in match no.38 of the ongoing Indian Premier League (IPL) 2021 at the Sheikh Zayed Stadium in Abu Dhabi on Sunday. Both teams have so far remained unbeaten in the UAE leg of the tournament and will be looking to continue their winning streak on Sunday.

Both teams are placed in the top four with CSK at the second spot having attained 14 points from nine games so far, while KKR are at the fourth spot with eight points from nine matches and a superior net run rate. While both KKR and CSK batsmen have impressed so far, the bowlers will have to step up and deliver in Abu Dhabi on Sunday. Here is all you need to know about the CSK vs KKR clash -

Chennai Super Kings have dominated Kolkata Knight Riders over the years in the IPL. The MS Dhoni-led side has won 15 out of the 23 encounters between them. CSK won by 18 runs in the last meeting between the two teams earlier this season.

CSK all-rounder Ravindra Jadeja has been one of the top-performers against Kolkata Knight Riders in IPL. Jadeja has scored 371 runs in 22 innings at a strike rate of over 134. Sunil Narine has 15 wickets to his name for KKR in 14 games against CSK at an economy rate of just over 6.

A total of 422 runs were scored when the two teams last met this season at the Wankhede Stadium in Mumbai. CSK came out on top at the end, managing to successfully defend the total of 220 runs. A total of four players bagged half-centuries in the match.