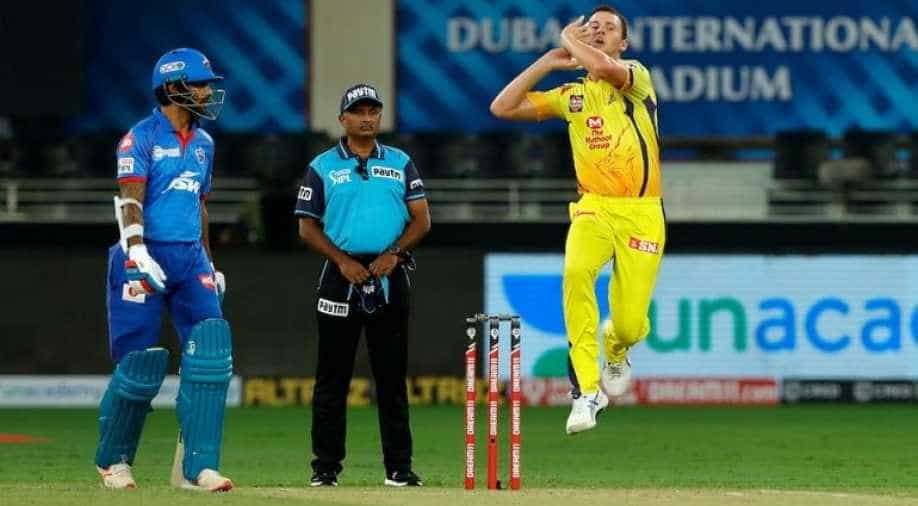 Skippers might rethink about winning the toss and choosing to bowl first. Six matches out of seven were lost by teams batting second.

Delhi Capitals go on the top of the table after back to back victories. This time, they beat Chennai Super Kings by 44 runs.

Skippers might rethink about winning the toss and choosing to bowl first. Six matches out of seven were lost by the team batting second.

Shikhar Dhawan and Prithvi Shaw opened the innings for Delhi Capitals and began very well for the team. They put up a 90-run stand for opening wicket. Shaw's confident batting helped him score 64 runs off 43 balls. He was the best batsman for the Delhi Capitals tonight.

Rishabh Pant and Shreyas Iyer's brisk partnership powered Delhi Capitals to 175 runs in 20 overs at the loss of 3 wickets.

Chennai Super Kings were off to a poor start. They again lost their openers early. The team solely relied on their in-form Batsman Faf du Plessis, who scored 43 runs off 35 balls before getting out to Kagiso Rabada. His partnership with Jadhav gave CSK some hope to win the match, however, that hope was lost after Jadhav's dismissal. DC bowlers did well to restrict CSK to 131/7 and winning the match by 44 runs.

Prithvi Shaw was declared Player of Match for his brave innings for Delhi Capitals.

MS Dhoni might want Rayudu in his next match to reduce the team's dependency on Faf du Plessis. The Men in Yellow have 6-day break to work on their tactics.