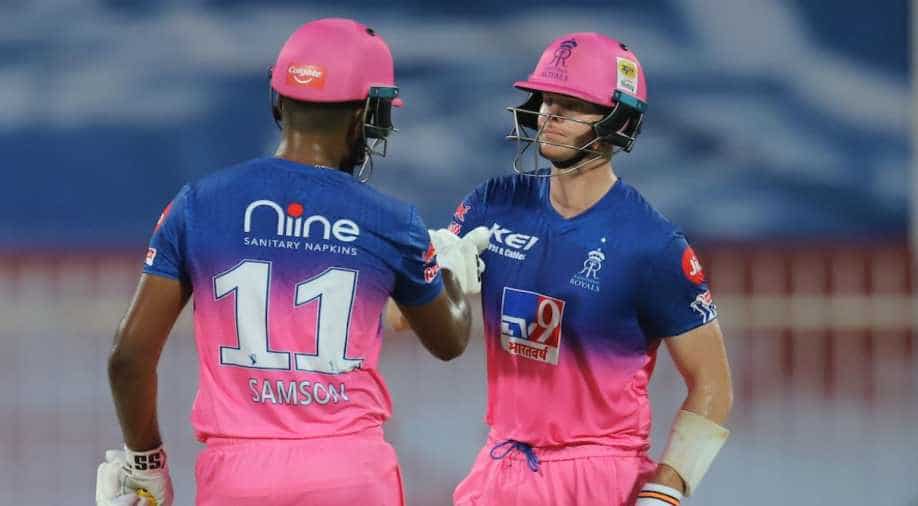 Despite this loss, KXIP stays on the fourth spot. But RR climbs and close into the play-off spot.

Rajasthan Royals end Kings XI Punjab's dream run after beating them by 7 wickets at the Sheikh Zayed Stadium in the 50th match of IPL 2020.

Royals won the toss and chose to bowl first. KXIP lost Mandeep in the first over itself. However, a 120-run partnership between KL Rahul and Chris Gayle brought KXIP back in the game. Gayle's blistering 99-run knock powered Punjab to a respectable 185 at the end of the innings.

Royals, on the other hand, started the chase on a high with Stokes smashing a half-century in the powerplay itself. Samson continued Stokes' on-slaught after Englishman's dismissal. KXIP bowlers were no match for RR batsmen and they repeated the same mistakes in Sharjah. Buttler and Smith's partnership landed a final blow to KXIP.

Despite this loss, KXIP stay on the fourth spot. But RR climb to fifth spot and close into the play-off spot.

Gayle's knock went in vain as he became the first cricketer in T20 history to smash 1000 sixes in the shortest format.

The Universe Boss smashed 8 sixes in his blistering knock against the Royals and saved the day for KXIP.