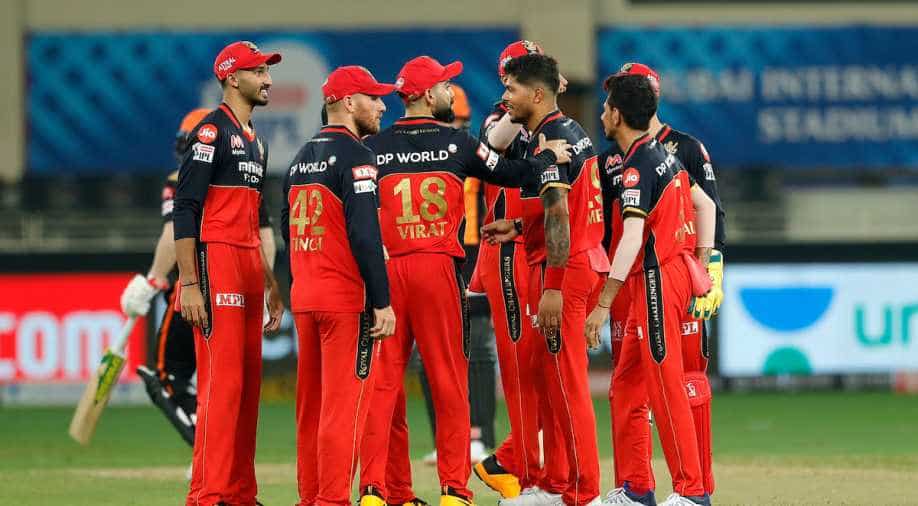 David Warner won the toss and chose to field first as the pitch conditions favoured the team batting second.

Royal Challengers Bangalore start their IPL campaign with a win. Virat and Co. beat Sunrisers Hyderabad by 10 runs on Monday at the Dubai International Stadium in Dubai.

David Warner won the toss and chose to field first as the pitch conditions favoured the team batting second.

Debutant Devdutt Padikkal and Aaron Finch opened the innings for the Royal Challengers Bangalore. Padikkal looked in great touch as he scored his maiden half-century in his first-ever IPL match. The opening pair set up a partnership of 90 runs. SRH came back after getting back-to-back wickets of RCB openers. Skipper Virat Kohli failed to impress and scored just 14 runs off 13 balls. South Africa's AB de Villiers went on with the innings and completed the feat of hitting 200 sixes for RCB. He scored 51 off 30 balls and powered Royal Challengers to a challenging total of 163. RCB ended their innings at the loss of five wickets.

SRH openers Warner and Bairstow were off to a poor start after Sunriser's skipper was runout. However, the partnership between Jonny Bairstow and Manish Pandey kept SRH in the game. But, SRH failed to have any partnership after Pandey got out. Bairstow scored 61 off 43 was the top individual score in SRH lineup.

Chahal's 3/18 helped Royal Challengers defend a good total. Sunrisers were all out on 153. Shivam Dube and Navdeep Saini scalped two wickets each for the team.

Chahal was declared the man of the match.