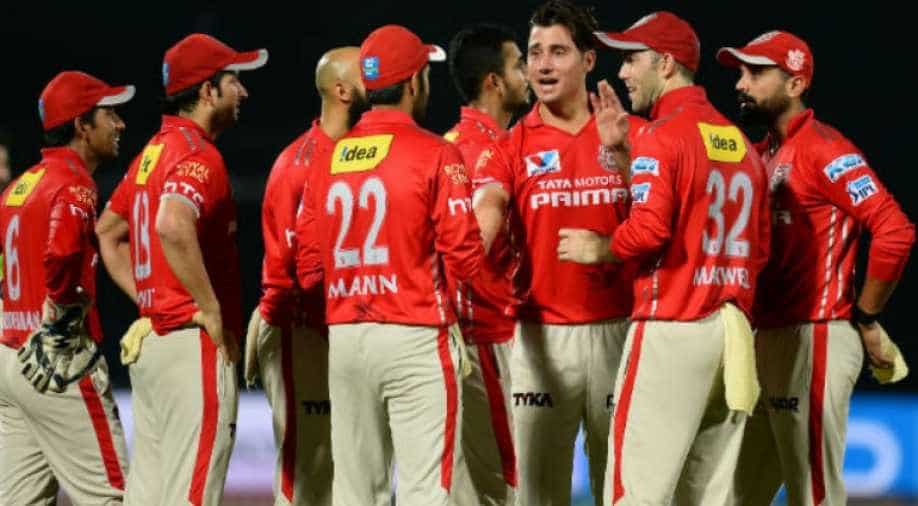 This year too, the side has some of the best players in the game, but whether they will live up to the fans expectations, is something to watch out for.

Despite possessing one of the strongest squad, Punjab have never won the Indian Premier League (IPL) title. However, the franchise have once managed to reach the IPL final in 2014, but were defeated by SRK co-owned Kolkata.

This year too, the side has some of the best players in the game, but whether they will live up to the fans expectations, is something to watch out for.

Last season, the Kings won six matches out of their first nine and lost their last five matches and finished at the No. 7 spot in the points table. The team have players like Mohammed Shami, Nicholas Pooran and Sam Curran.

So, as the 12 edition of the cash-rich tournament commences from March 23, here's a look at the strengths, weaknesses, opportunities and threats for Punjab.

Like every year, the batting line-up of Punjab is the most destructive. It comprises of KL Rahul and Chris Gayle at the top, with Indian batsmen like Karun Nair, Mayank Agrawal, and Mandeep Singh filling the middle-order. David Miller, Moises Henriques or Sam Curran will be playing the role of a finisher.

If the players continue their current form, then the line-up would be a real cause of worry for other teams.

The side also have few dangerous spinners in their squad. Ravichandran Ashwin, who is also the captain, Mujeeb ur Rahman and Varun Chakravarty can spin a web around any lineup.

Moreover, Ashwin can be handy with the bat as well. He has the ability to bat according to the situation, and if needed can even finish the innings.

The biggest weakness which surely won't go unnoticed is the lack of all-rounders. Apart from their captain Ashwin, the team lacks well-tested all-rounders.

Moreover, Ashwin has not played much cricket from last 4-5 months. There are high chances of him being rusty in the first few games.

Secondly, If Ashwin gets an injury or is unable to play any match, keeping in mind the World Cup, then the team management will find it difficult to fit someone in his shoes.

The team also has a problem of several overseas players. Gayle, Andrew Tye and Mujeeb are obviously going to make it to the team, but for the fourth slot, there are as many as four contenders.

The tournament is a must-grabbed opportunity for KL Rahul. He was once a permanent member of the Indian cricket team but owing to his poor form, he lost his place.

However, a good IPL season might see him taking part in the World Cup 2019, which is going to start on 30th May.

Just like Rahul, many other players like Ankit Rajpoot and Varun Chakravarthy will also see this IPL season as an opportunity to make an impact.

The biggest threat to Punjab is that they lack quality Indian seamers. The team consists of only three Indian seamers - Mohammed Shami, Ankit Rajpoot and Darshan Nalkande.

Moreover, Nalkande has never played in the IPL, os the two-month long games will either be Mohammed Shami or Ankit Rajpoot.

Another thing that adds to Punjab's agony is that Shami might be rested for some matches to manage his workload as he will be playing the World Cup.