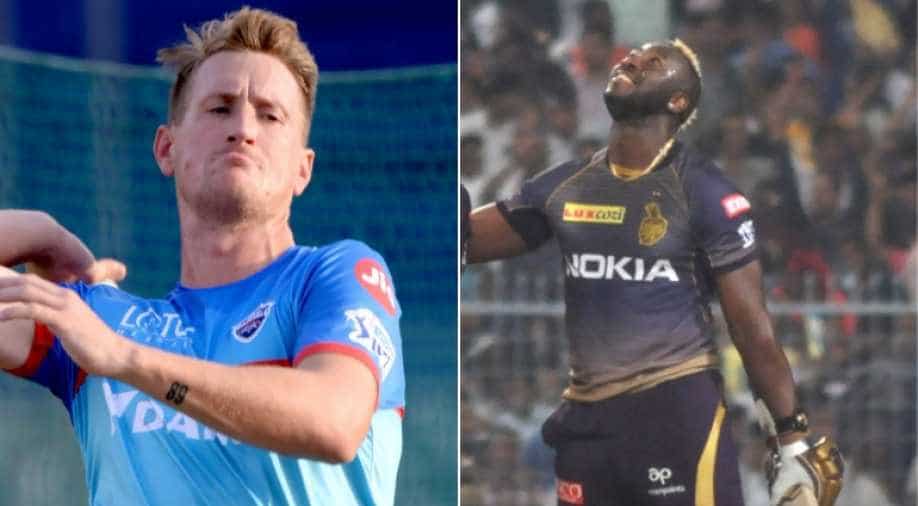 Chris Morris also hailed Andre Russell as an 'absolute genius' but also warned him ahead of the clash.

South African pacer Chris Morris was spotted training with his Indian Premier League team Delhi as he was gearing up to join the squad for the match against Dinesh Karthik-led Kolkata at Feroz Shah Kotla on Saturday.

Delhi will be playing on their home turf but there is a possibility that the conditions may turn out to be favourable for the visiting Kolkata with their spin oriented bowling attack.

Kolkata team is also banking on their batsmen as Nitish Rana, Andre Russell, Robin Uthappa and Shubhman Gill are all among runs.

Especially, Russell, with his incredible power-hitting ability, is the most dangerous batsman.

While Delhi pacer Chris Morris also hailed him as an "absolute genius" but also warned him ahead of the clash.

Our overseas fast bowling contingent is geared up for #DCvKKR 💪

Morris said, "It will be a case of 'if he misses, I hit'. I won't give away too many secrets."

"I might look like a duck, but my brain is working overtime and I will look to trust my training," he added.

"We have got similar roles. He bats a little higher. Our job is to hit sixes and pick up wickets. But maybe he has a little more responsibility as a batsman than me."

"Doesn't matter where Pant bats, he is good wherever he bats. My role is to play hard at the end," Morris concluded.