IPL 2018: Throwback to some acrobatic catches in history of IPL 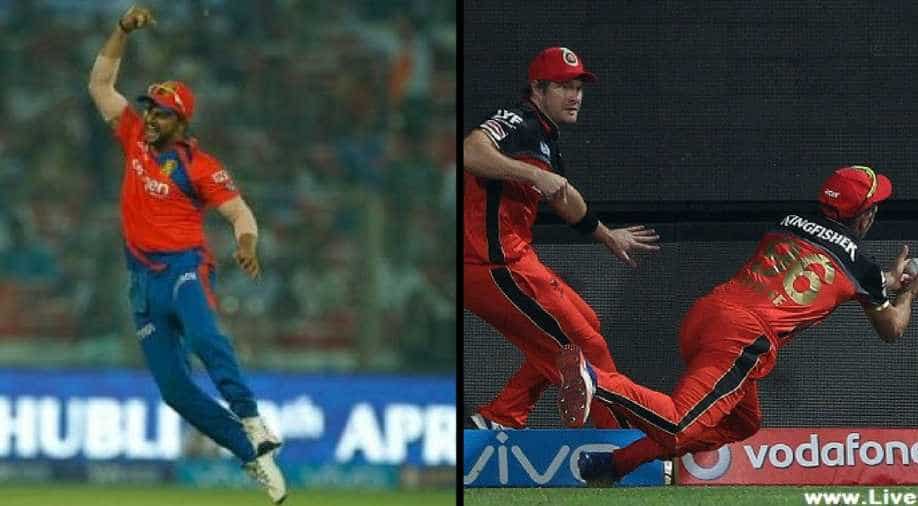 The 11th edition of Indian Premier League is set to start from April 7 at the Wankhede Stadium in Mumbai. The first match will be played here only between defending champions Mumbai Indians and Chennai Super Kings as CSK has marked its return after a two-year ban after facing suspension for alleged spot-fixing.

As the world’s most prestigious and cash-rich Twenty20 tournament is already is around the corner, lets us relive some amazing moments that IPL has given the fans in the last 10 years.

When we talk about the 'amazing moments' then the acrobatic and stunning catches cannot be snubbed.

IPL celebrates fielding talent by giving away the award of 'Perfect Catch of the Match' award is given to the best catch, selected by the television commentators at the end of every match that includes Rs 1 lakh prize money, a trophy and a VIVO phone.

Also, a cheque of Rs 10 lakhs is awarded to the player who takes the best catch of the season.

In the previous season of IPL, there were many spectacular catches but Suresh Raina was awarded as the winner of IPL best catch of the season.

Watch here some spectacular catches in the history of IPL: