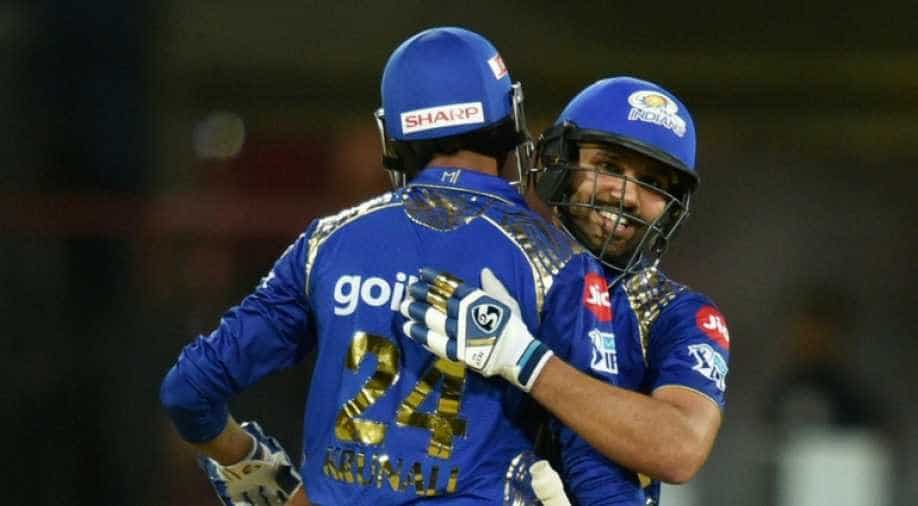 In today's game, opener Surya Kumar Yadav played a magnificent 57 run to give a required start for Mumbai in order to chase down 145 run target&nbspbut another opener, Evin Lewis scored only ten runs and departed early. Earlier, Evin Lewis had suffered a wrist injury but was fit to play in the clash against Punjab.

Surya Kumar found a determined ally in new batsman Ishan Kishan who scored 25 crucial runs for the team. Both the batsmen had picked up the pace before&nbspSurya Kumar was caught behind on the ball of Marcus Stoinis.

Though Hardik Pandya scored 23 runs off 13 balls but the innings is not enough to prove to his caliber, a lot more is expected of him in a format like IPL.

Skipper Rohit Sharma scored 24 runs for the team but the winning runs came from the all-rounder Krunal Pandya's bat.

His unbeaten 46-run knock helped Mumbai in clinching the much-needed victory from Punjab.

Earlier, Punjab had set a 175-run target for Mumbai after Mumbai invited Punjab team to bat first to derive the advantage of a high scoring pitch.

For Punjab, openers KL Rahul and Chris Gayle gave a blasting start to the team and scored quick 24 and 50 runs respectively.

Yuvraj Singh fell short in the running between the wickets and lost his wicket after scoring 14 runs.

Karun Nair tried to push the run rate and scored 23 runs off 12 runs.

Axar Patel and Mayank Agarwal scored 13 and 11 runs respectively but Marcus Stoinis ended the inning in a best possible way.

Stoinis scored 29 runs off just 15 balls in the crucial overs to set a decent target for Rohit Sharma-led Mumbai.

Hardik Pandya proved extremely expensive for Mumbai in the last over when he gave 28 runs in the 20th over.

Overall, the total scored by the Punjab team was not enough to defend against Mumbai team.