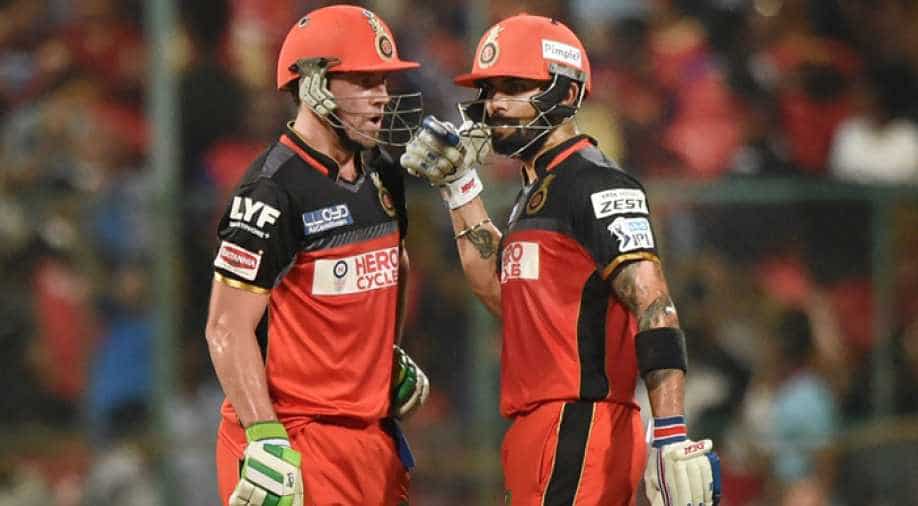 Bangalore skipper Virat Kohli and AB de Villiers succumbed to Chennai's spin attack as they were put into bat at Maharashtra Cricket Association Stadium in Pune, on Saturday.

On the other hand, confidence Virat Kohli is leading the batting department from the front but still, team Bangalore is dealing with the&nbspproblems of bowling unit, which has been very expensive especially in death overs.

On the other hand, the good news for Bangalore is that their star player,&nbspAB de Villiers is fit and back in the squad but opener&nbspQuinton de Kock has flown back&nbsphome due to some personal reasons and skipper Virat Kohli might replace him by&nbspManan Vohra.