IPL 2018: Ajinkya Rahane to lead Rajasthan after Smith steps down as captain over ball-tampering admission 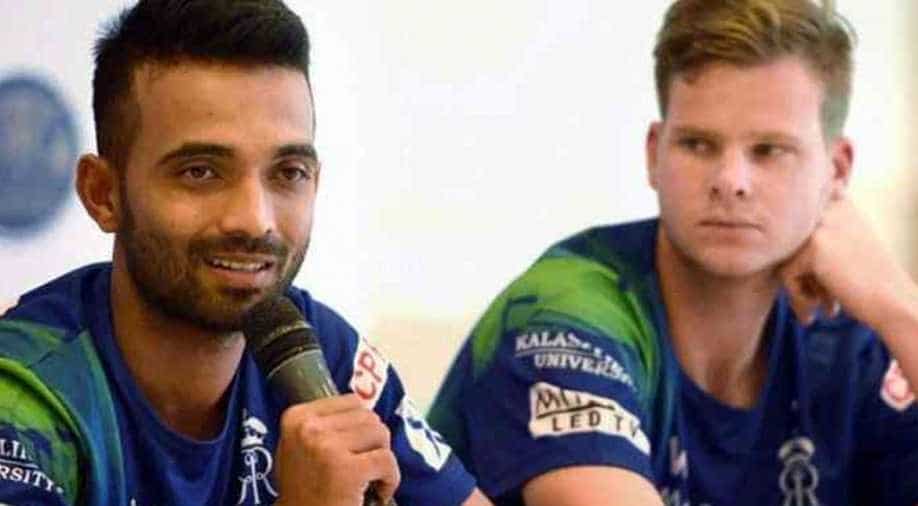 Rahane was one of Royals’ premier performer before they were banned for two years in the wake of the 2013 spot-fixing scandal. Photograph:( Reuters )

Days before the XIth edition of the Indian Premier League (IPL) starts, Steve Smith stepped down as the captain for the upcoming league due to&nbspthe ball-tampering admission.

It is still&nbspnot clear whether Smith will play as a player for Royals or not.

Rajasthan Royals appoint @ajinkyarahane88 as the captain for #IPL2018

“The game is bigger than any individual and we hold this thought close to our heart.”- Manoj Badale , the co-owner of Rajasthan Royals

Meanwhile, in-form Ajinkya Rahane has been handed over the responsibility to lead the side, Royals informed.

Rajasthan, who are coming back in the IPL after ending a two-year suspension, took the decision after consulting their team mentor Shane Warne, who blasted Smith on Saturday when the ball-tampering row erupted.

"Very disappointed with the pictures I saw on our coverage here in Cape Town. If proven the alleged ball tampering is what we all think it is — then I hope Steve Smith and Darren Lehmann do the press conference to clean this mess up!" Warne had tweeted.

Meanwhile, Rahane was one of Royals’ premier performer before they were banned for two years in the wake of the 2013 spot-fixing scandal.

Meanwhile, Rahane was one of Royals’ premier performer before they were banned for two years in the wake of the 2013 spot-fixing scandal.

On Sunday, during a press conference, Smith admitted to ball tampering during the ongoing third Test against South Africa in Cape Town.

Yesterday, the International Cricket Council (ICC) handed Smith a one-Test suspension and docked his full match fees as per its code of conduct.