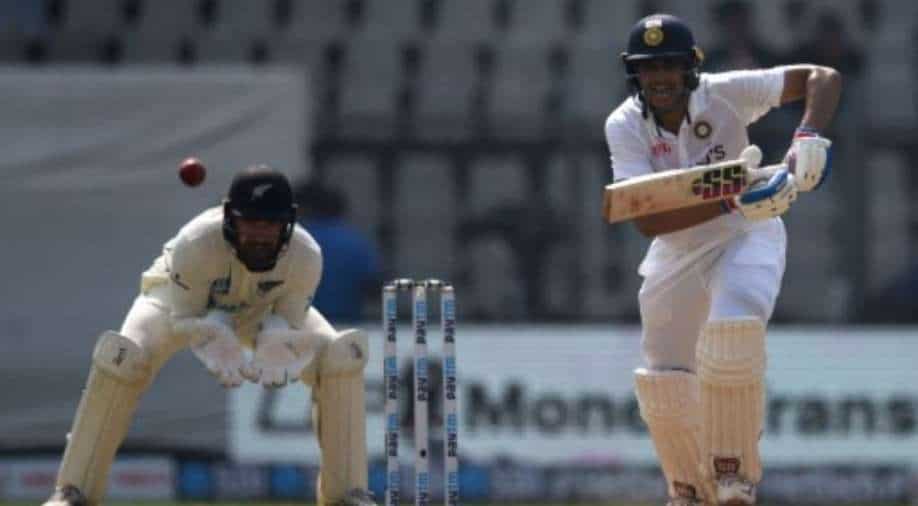 Indian batter Shubman Gill opened up about missed opportunity of hitting a big score during the first innings of the second Test against New Zealand on Friday (December 3) at the Wankhede Stadium in Mumbai. Gill scored 44 runs off 71 balls after hosts elected to bat first on a weather-hit day when only 70 overs were possible.

After the end of the day, Gill, said, "I was batting well and it was an opportunity for me to go big but unfortunately I missed out on this. There wasn't much in it for the pacers but there was something for the spinners. The odd ball was turning and gripping initially but as the match went on, the wicket settled a bit."

This is Gill's 10th Test match and talking about his journey in whites so far, he said, "Unfortunately I haven't got a hundred yet in these 10 matches. It's not because of my concentration, I have been unlucky sometimes or just not been able to convert those. I feel converting hundreds into big ones is actually one of my strengths."

Agarwal lifted India from a precarious 80-3 when Patel struck twice in one over with his left-arm spin to send back Cheteshwar Pujara and skipper Virat Kohli for ducks. He smashed 14 boundaries and four sixes including one off Patel at long off after being challenged to the shot.