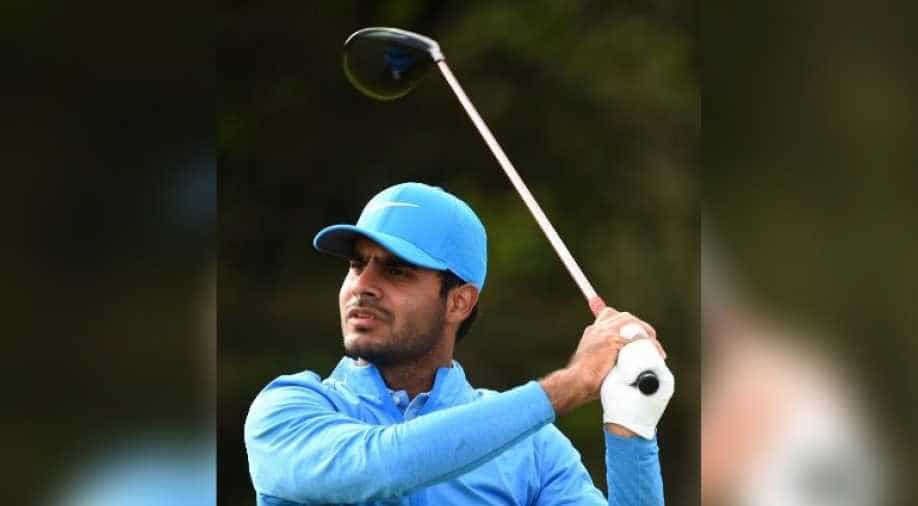 Shubhankar Sharma finished his tournament with an excellent three-under-par 68 to finish three-over for the championship, currently enough for tied-52nd

Indian Shubhankar Sharma was serenaded with a chorus of "happy birthday" by the spectators at the 18th green at the British Open on Sunday, before proceeding to pour in a 45-foot birdie putt.

The 23-year-old finished his tournament with an excellent three-under-par 68 to finish three-over for the championship, currently enough for tied-52nd.

"I'm not used to doing much on my birthday, but the last two birthdays have been very special," said Sharma.

"Last year I was in the Open as well. I was in a restaurant and the whole restaurant got up and sang "Happy Birthday" for me. Now to see the grandstand singing it, it's very, very special.

"It's always special playing the Open. And this is just -- I couldn't ask for a better thing."

The world number 196 said he thinks that India, with its population of over 1.3 billion, will soon see more youngsters follow in his footsteps and become professional golfers.

"I feel like this is definitely changing now. We have so many more players now on the international stage," added Sharma, who played with world number one Brooks Koepka for the first two rounds at Royal Portrush.

"I definitely feel like we're headed in the right direction. Exposure is not a problem. I think kids have enough exposure."