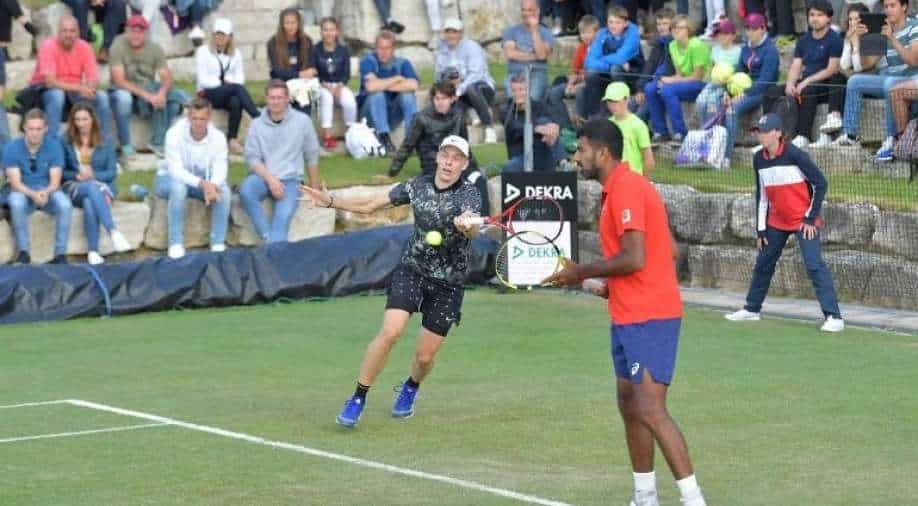 Rohan Bopanna and Denis Shapovalov bowed out of BNP Paribas Open on Thursday after losing in straight sets against Aslan Karatsev and Andrey Rublev in a late-night clash at the Indian Wells Tennis Garden.

With this win, the Russian pair cruised into their maiden ATP Masters 1000 doubles semi-final after taking down the Indo-Canadian duo.

The Russians, in only their third tournament together, proved too strong for the duo of Bopanna-Shapovalov as they won 6-4, 6-4. Champions already this year in Doha, they are now 7-1 as a partnership and will face the unseeded Tim Puetz and Michael Venus for a place in their second tour-level final this season.

Both pairs had been rock solid on serve to 4-all in the opening set before the first cracks appeared as Shapovalov was broken on a third break point. Karatsev duly capitalised and served it out at the 30-minute mark as the Russians finished the first set with a perfect 18/18 on first-serve points.

Consolidation proved a struggle in the second set as the pairs traded five breaks in seven games before Karatsev raised his level to hold for 5-3. While they missed four match points on Shapovalov`s serve, the Russians advanced a game later at the 67-minute mark.