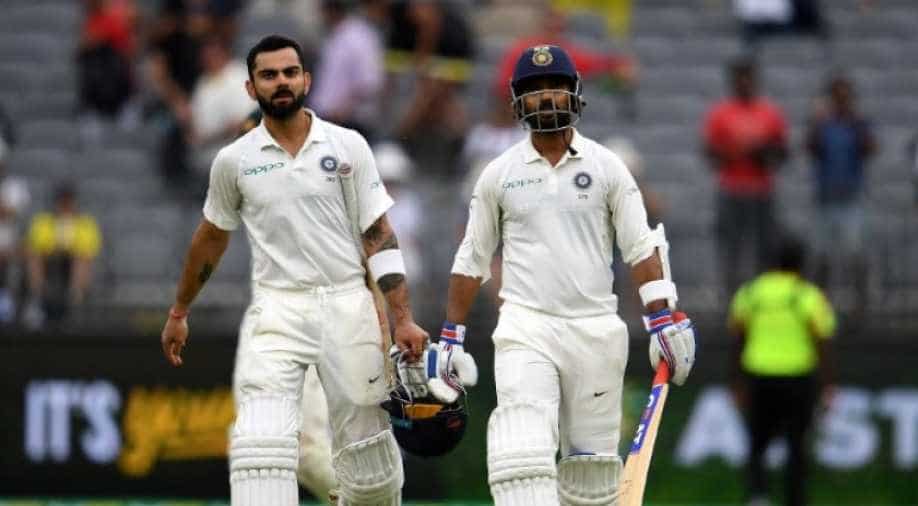 Former Australian all-rounder Shane Lee reckons that Indian cricketers look a bit "scared" under the leadership of Virat Kohli while adding he would have Ajinkya Rahane as the captain of Indian Test team.

Former Australian all-rounder Shane Lee reckons that Indian cricketers look a bit "scared" under the leadership of Virat Kohli while adding he would have Ajinkya Rahane as the captain of the Indian Test team.

Rahane led a bruised and battered Indian outfit, lacking experience, to wins in Melbourne and Brisbane as he became the second Indian captain after Kohli to win the Border-Gavaskar Trophy Down Under.

Kohli had left the Indian team after the series opener in Adelaide to be with his pregnant wife Anushka Sharma. However, the Indian skipper will be back in the upcoming four-Test series against England starting February 5.

"Look, I think for the team he is and I would have him as captain. Kohli is one of the greatest batsmen of all time. But I just feel that he is almost revered by the players within the team.

"They're almost scared to put a foot out of line. He demanded absolute professionalism from the Indian team. The players had to be fit, they had to great in field and good catching, but they almost appear a bit scared. I just see a really relaxed team under Rahane," Lee, the older brother of Brett Lee, said.

"Will Kohli give up the captaincy? I doubt it. If I was an Indian selector, and I'm not, but if I was, I would have Rahane captain the team and instead let Kohli go and do all his batting. And I think the team would function a lot better. But time would tell," Lee, who played 45 ODIs for Australia, added.

India's next assignment will be a full-fledged home series against England starting from February 5. India and England will play four Test, five T20Is and three ODIs.