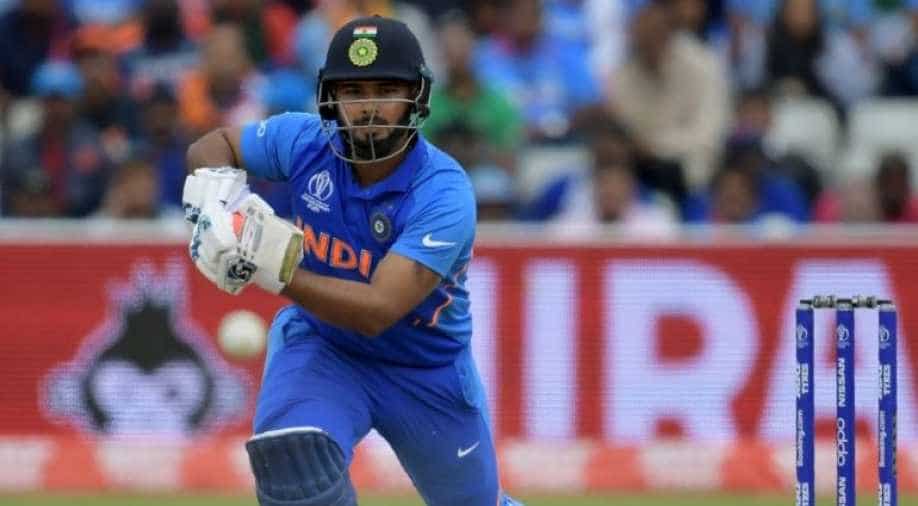 Pant's six-hitting ability makes him a limited-overs asset, but Shastri in a recent interview said the 21-year-old's penchant for throwing away his wicket has occasionally let the team down

Pant's six-hitting ability makes him a limited-overs asset, but Shastri in a recent interview said the 21-year-old's penchant for throwing away his wicket has occasionally let the team down.

The Delhi player is perceived as Mahendra Singh Dhoni's natural successor in limited-overs cricket when the former captain eventually hangs up his gloves, but Rathour insisted Pant must improve his shot selection.

"Rishabh is a phenomenal player, no doubt about that," Rathour told reporters in Mohali ahead of the second Twenty20 International against South Africa on Wednesday.

"Of course he needs to sort out his gameplan a little more. He needs to bring in a little bit of discipline to his cricket."

With next year's Twenty20 World Cup in mind, Rathour extended the message to all young members of the side that fearless cricket did not mean reckless cricket.

"What the team management is asking from them is fearless cricket - having clear gameplans and playing with intent, backing your strengths. At the same time, you cannot be careless," the former India opener said.

"I'm sure they are smart enough to understand that."

India will also play three tests against South Africa next month, when limited-overs stalwart Rohit Sharma may reinvent himself as a test opener.

Rohit smashed a record five centuries at this year's 50-overs World Cup, but the white-ball stalwart has managed only 27 sporadic test appearances.

Rathour said 32-year-old Rohit has the game to succeed across formats, which would be a massive boost for the side.

"He has done so well as an opener in white ball cricket, so I don’t see any reason why he can’t do well in red ball cricket as well, provided we provide him enough opportunities," Rathour said.