India vs WI, ODIs: Everything to know about squads, schedule, telecast, streaming details 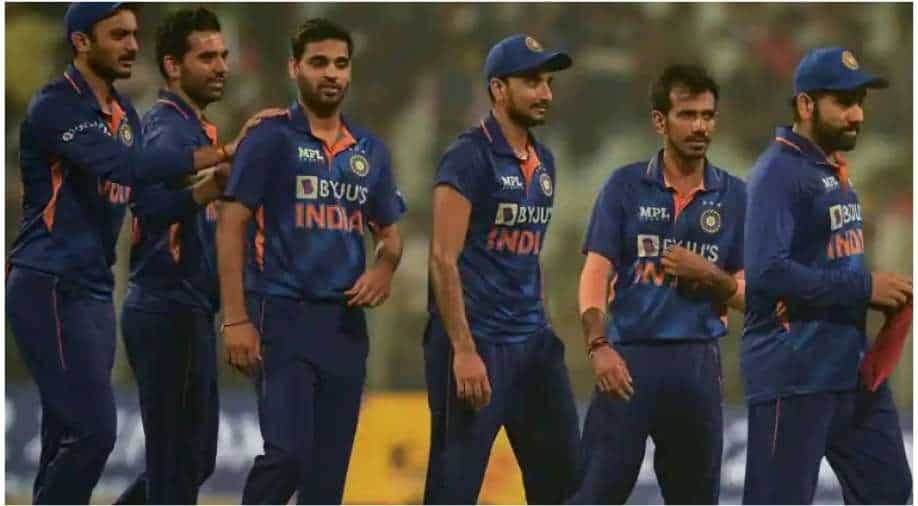 Ind vs WI, ODIs: Everything to know about squads, telecast, streaming Photograph:( AFP )

India vs WI, ODIs: Rohit Sharma will also officially start his tenure as the full-time white-ball captain of the Men in Blue during the series. Here's all you need to know about the schedule, squads, streaming details:

After the disastrous tour of South Africa, Team India return to familiar conditions as they get ready to host Kieron Pollard-led West Indies in the three-match ODI series, starting on February 6. Being whitewashed 3-0 in the ODIs in South Africa, India will be eager to return to winning ways in the 50-over format.

Rohit Sharma will also officially start his tenure as the full-time white-ball captain of the Men in Blue during the series. In early December 2021, Rohit was appointed as the limited-overs skipper by the BCCI selectors. After missing the SA ODIs, due to a hamstring injury, Rohit will have a stern test to start his tenure with a win.

Ahead of the India-WI ODI series, the Covid-19 crisis has hit the Indian camp. Shreyas Iyer, Shikhar Dhawan, Navdeep Saini, Ruturaj Gaikwad and a few other support staff members have tested positive. Thus, the likes of Mayank Agarwal, Ishan Kishan, etc. have been added to the squad before the series opener.

Here's everything to know about the squads, streaming, schedule and telecast details before the ODI series

India will host West Indies in the three ODIs at the Narendra Modi Cricket Stadium, Ahmedabad before the action moves to the three T20Is (in Kolkata).

The three ODIs' live telecast will be on Star Sports 1/1HD/1 and Star Sports Hindi/1HD Hindi from 1:30 PM IST. In addition, the fixtures will be streamed live on the Disney+Hotstar app.