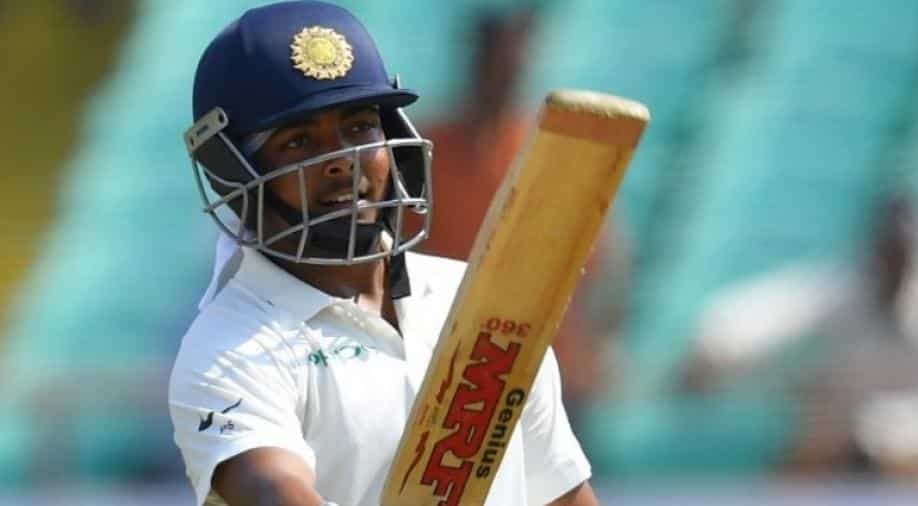 Shaw, who played at a strike rate of 97.14  slammed 15 boundaries to reach the milestone.

18-year-old Prithvi Shaw on Thursday became the youngest Indian cricketer to score a century on debut after he slammed a 99-ball ton on Day 1 of the first Test match against West Indies in Rajkot.

Shaw, who played at a strike rate of 97.14 slammed 15 boundaries to reach the milestone.

In the process, he became the fourth youngest batsman overall to score a century on debut after Mohammad Ashraful, Hamilton Masakadza and Saleem Malik.

Shaw announced his arrival with a historic 546 for Rizvi Springfield against St Francis D’Assisi in the prestigious Harris Shield as he became the became the first schoolboy cricketer to hit a 500 plus score in an official inter-school match.

He also became the first Indian cricketer to score a century on debut in the Ranji Trophy, Duleep Trophy and in Test matches.

Sachin Tendulkar also scored a century on his Ranji Trophy and Duleep Trophy debut, but the legendary batsman had to wait for 13 matches to score his first Test century.

Shaw became the second-youngest Indian test cricketer after Vijay Mehra, who made his debut at 17 years against New Zealand in 1955.