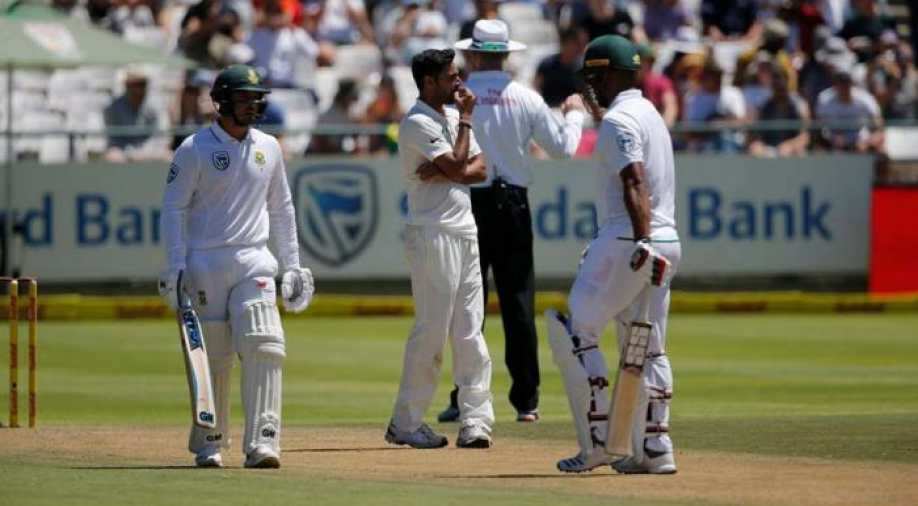 The team is looking in command as AB de Villiers is currently batting on 43, whereas Dean Elgar is not out on 34. Photograph:( Zee News Network )

Lightning which soon followed by rain stopped the play shortly after tea on the third day of the second Test between South Africa and India at SuperSport Park on Monday.

However, the play has resumed now.

The team is looking in command as AB de Villiers is currently batting on 43, whereas Dean Elgar is not out on 34.

The duo has put up a 78-run partnership so far.

Jasprit Bumrah has been the lone wicket-taker for India in this innings, having taken the wickets of openers Aiden Markram and Hashim Amla.

Kohli reached his 21st hundred off 146 balls, inclusive of 10 fours, becoming the first overseas captain to score a Test hundred at Centurion.

The previous highest for a visiting captain at this ground was 90 by Mahendra Singh Dhoni in 2010.

Additionally, he became only the second Indian skipper to score a Test hundred on South African soil, after Sachin Tendulkar at Cape Town in 1997.