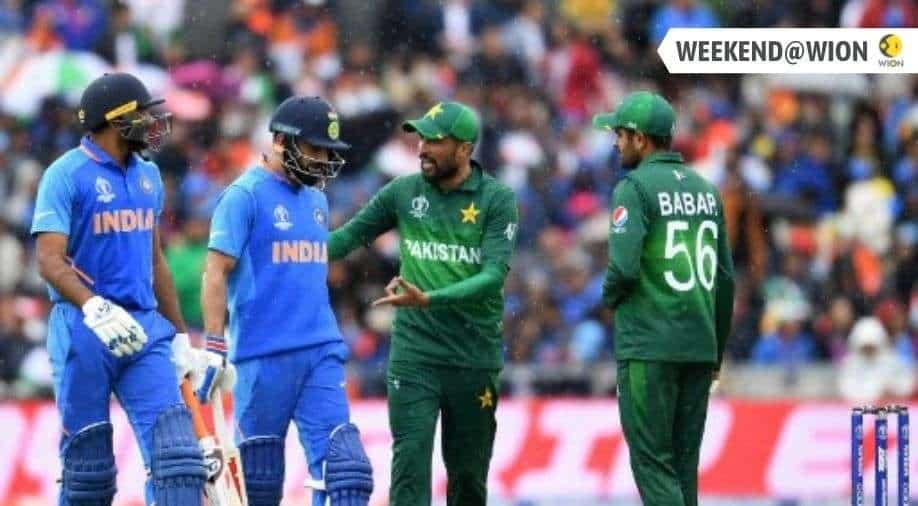 Will Pakistan beat India? Or will, there be a similar result favouring India? Well, the time will tell but as of now, the hot gossip in the cricket community is the high-powered and much-anticipated T20 World Cup clash between India and Pakistan, scheduled to take place on Sunday (October 24).

Fans in both the cricket-crazy nations go berserk over the Indo-Pak matches and their frenzy spreads like a fever. Although, the neighbouring countries now square off only in the multi-nation ICC tournaments as the bilateral series between the two has been suspended due to political reasons. The two teams last met in the 2019 ODI World Cup in England and India last hosted Pakistan in a bilateral series in 2013.

The question here is, who will win on Sunday? Will Indian skipper Virat Kohli open the campaign on a winning note? Or will Pakistan captain Babar Azam end the losing streak? The stats are favouring India as Men in Blue have beaten Pakistan in all of their 12 matches at the T20 and 50-over World Cups.

However, the in-form Azam believes his team can break the World Cup jinx as commenting on the match, he said, "Definitely we have played a lot of cricket in the UAE. These conditions suit us and we know how to play here. We need to keep things simple in all the departments."

The Indian captain Kohli, on the other hand, has downplayed the hype as he said "it's just another game" of cricket. "I have always approached this game as just another game of cricket. I know there is a lot of hype created around this game more so with ticket sales and the demands for tickets. The environment, you can say, is different. From the fans' point of view, it is definitely louder. From the players' point of view, we stay as professional as we can."

With two-time World Cup-winning skipper MS Dhoni as the mentor of the team in World Cup 2021, the chances of Virat Kohli & Co. are higher to win the marquee clash. In the Indian dressing room, the morale will be boosted with the presence of Dhoni, who led India to the inaugural T20 World Cup win in 2007.

However, one can't ignore Pakistan form as they come into the Super 12s contest with 10 wins in a row in the United Arab Emirates. For the team, the skipper himself in top form with two T20 centuries this year. Bowlers like Shaheen Shah Afridi and Hasan Ali can trouble any opposition.

Overall, India hold a 7-1 advantage in the shortest format as Pakistan's only win came in a bilateral series which ended 1-1. But the result of India vs Pakistan on October 24 will be a new chapter in the career of Azam and Kohli.

Kohli has already announced that he that he will give up the India Twenty20 captaincy after the World Cup, so winning the title and the clash against Pakistan will be of huge significance. On the other hand, the Sunday is an opportunity for Babar Azam to script history.