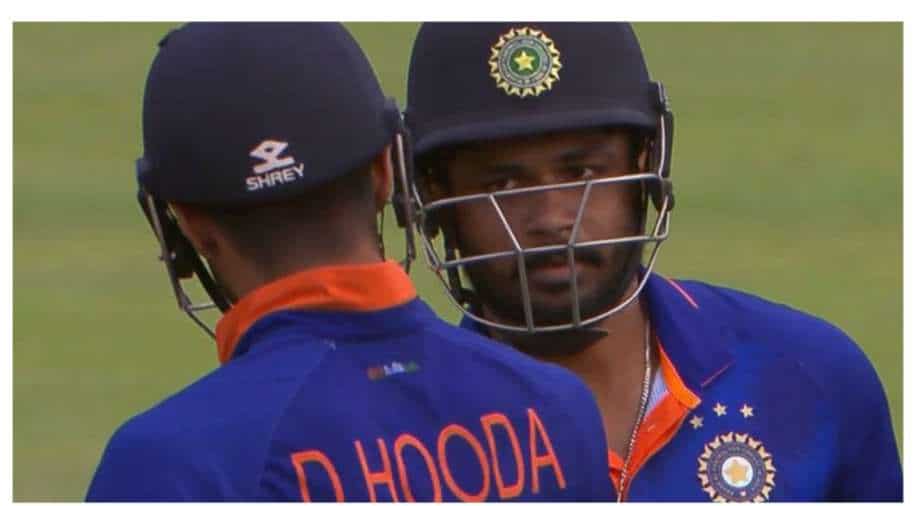 In the second and final T20I, Sanju Samson and centurion Deepak Hooda achieved an elite feat courtesy of their mammoth second-wicket stand versus Ireland.

Hardik Pandya-led Team India is involved in the second and final T20I versus Andrew Balbirnie-led Ireland at the picturesque The Village, Dublin on Tuesday evening (June 28). After winning the series opener by seven wickets, India have been on a roll in the series decider courtesy of centurion Deepak Hooda and Sanju Samson.

Opener Samson, who is playing his first game of the tour, was joined by in-form No. 3 batter Hooda in the middle with India 13 for 1, after opting to bat first. Both took on the Irish bowlers and made heads turn with their strokeplay as runs kept coming from both ends for the visitors. As a result, the duo attained a record for India, stitching the highest partnership for any wicket for the Men in Blue in the shortest format of the game. Thus, the pair have gone past some renowned batting pairs for India in the format to register an elite feat:

In addition, this is the second-wicket partnership in all T20Is by any side as the pair surpassed the unbroken 167-run stand between England's Jos Buttler and Dawid Malan against South Africa (in Cape Town, in 2020).

The partnership came to an end in the 17th over when Mark Adair cleaned up Samson's stumps, who returned with a well-made 42-ball 77 laced with 9 fours and 4 sixes. While Samson missed out on a hundred, he slammed his maiden fifty for India. Hooda completed his hundred to become only the fourth Indian with a T20I century before falling for a staggering 57-ball 104, striking at 182.46. His knock included 9 fours and half a dozen sixes.

Courtesy of the pair, India posted 227/7 in their full quota of overs and are favourites to inflict a whitewash over the hapless Irish side.