India vs England: Yuzvendra Chahal ends up as most expensive Indian bowler in World Cups 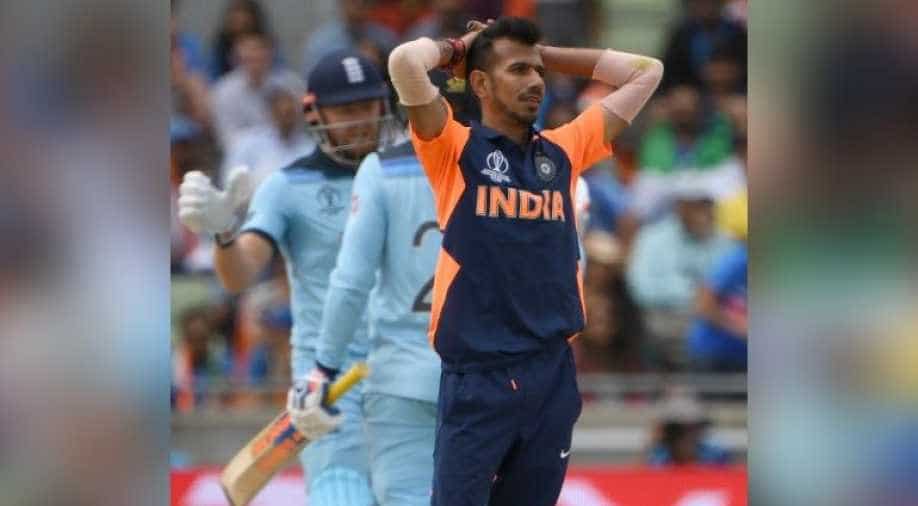 Chahal conceded 88 runs from his ten overs and as a result, he completed his most expensive bowling spell in ODIs

India's star spinner Yuzvendra Chahal had a slightly off day as his spell against in Sunday's World Cup group match against England at Edgbaston was the most expensive spell by an Indian in World Cups.

Chahal conceded 88 runs from his ten overs and as a result, he completed his most expensive bowling spell in ODIs.

Earlier, Javagal Srinath was India's most expensive World Cup bowler when he had conceded 87 runs in the final in Johannesburg against Australia in 2003.

In the match, England posted a commanding 337-7 against India when Eoin Morgan opted to bat first after winning the toss.

Jonny Bairstow and Jason Roy survived some torrid moments early in the partnership before tearing into the Indian attack during their 160-run stand.

Yuzvendra Chahal finishes with 0/88 - his most expensive ODI figures.

India captain Virat Kohli brought on leg-spinner Yuzvendra Chahal in the sixth over but Bairstow soon hit him down the ground.

However, Chahal failed to leave any impact and leaked too many runs.