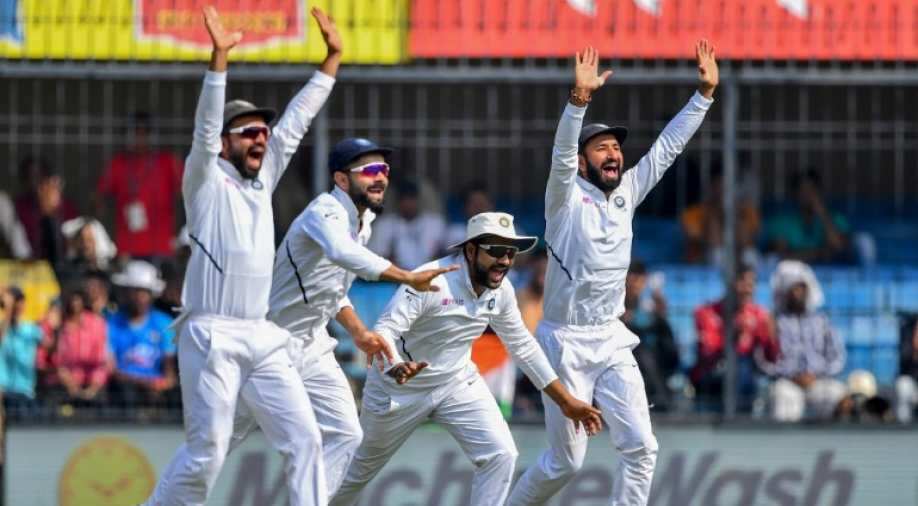 Indian players appeal during the matach against Bangladesh Photograph:( AFP )

India bowled out Bangladesh for 213 to record an innings and 130-run victory in the first Test on Saturday.

A formidable Indian cricket team ticked all the boxes with ease as it dismantles an out-of-sorts Bangladesh with an innings and 130 runs victory in the first Test in Indore on Tuesday.

India bowled out Bangladesh for 213 in its second innings to register the first win in this 2 Test match series. Bangladesh had scored150 runs in the first innings.

Agarwal played a knock of 243 runs with the help of 28 fours and eight sixes.

Rohit Sharma (6) and Virat Kohli (0) failed to leave a mark as they were dismissed cheaply.

On day one of the match, India had bundled out Bangladesh for a below-par score of 150 runs. Mohammed Shami was the highest wicket-taker for India as he scalped three wickets.

The ongoing series between India and Bangladesh is a part of the World Test Championship (WTC).

After this win, India is currently at the top of WTC standings with 300 points from five matches.