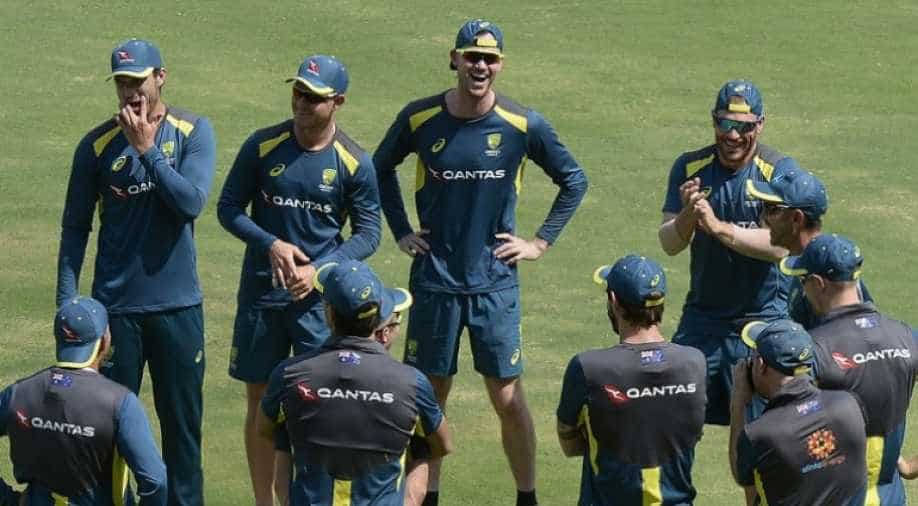 Former cricketer Matthew Hayden dropped in and had a long chat with Australian players during their net session ahead of T20I series against India at the ACA-VDCA Stadium.

India and Australia will play seven-match series comprising two T20 Internationals and five One-Day Internationals before World Cup, which will kick off from May 30 in England and Wales.

Hayden, who is considered as one of the finest players of spin bowling, shared his knowledge to help Australians tackle Indian bowlers during the limited-over series starts with the first Twenty20 in Visakhapatnam on February 24.

While Kuldeep has been rested for the two-match T20 series but Australia will be facing Chahal and left-arm spinner Krunal Pandya.

Hayden was seen demonstrating shot selection to the players as he accompanied the side during their full practice session.

"It was great obviously to have JL's (Justin Langer) great mate and a legend of the game come back and someone who's had so much success here in India as a batsman to to get around to this field the boys and have a good chat was great," Finch said at the news conference.

"He was a great slip catcher, so anything that the guys can learn, he was chatting about batting especially at the top of the order stuff," Finch added.

Australia have also roped in the Kerala's left-arm chinaman spinner KK Jiyas and Mumbai legspinner Pardeep Sahu in their support staff to help them out with the tricks of playing against the wrist spin.

Earlier during India's tour Down Under last year, the Aussies were seen with sessions under Steve Waugh, Ricky Ponting and then Shane Warner in the first three Tests.