India out of Asian Cup after 90th-minute loss to Bahrain 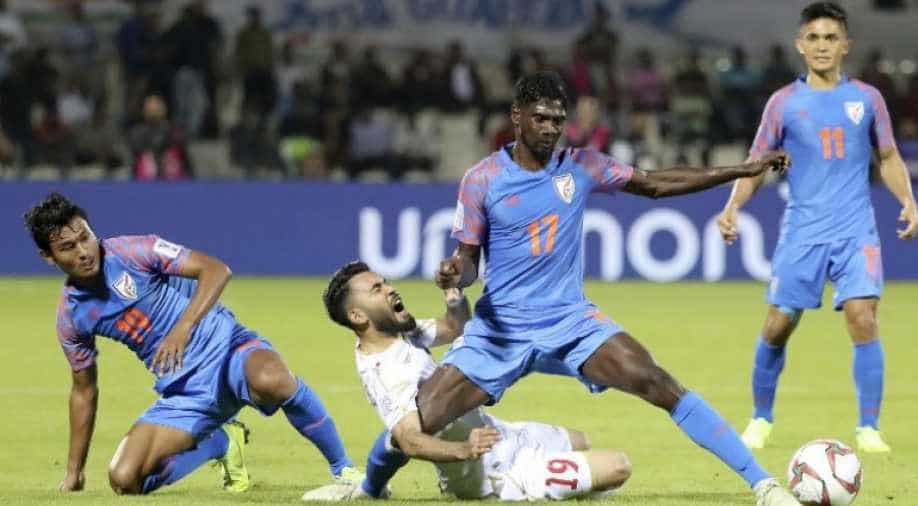 Bahrain's Jamal Rashid, without making a mistake, hit the winner and booked a knock-out berth.

India's hopes to qualify for the maiden knock-out round berth were shattered after losing to Bahrain in the final Group A match at Al-Sharjah Stadium on Monday.

India defended well throughout the match but in the 90th minute, Bahrain was given a penalty when India captain Pronay Halder committed a careless tackle inside the box.

Bahrain's Jamal Rashid, without making a mistake, hit the winner and booked a knock-out berth for his team.

India finished outside the top two after the group's other game between UAE and Thailand ended in a 1-1 draw.

What do these four managers have up their sleeves? #AsianCup2019 pic.twitter.com/pJqoDvUoAg

Entering their final group game following a 4-1 win over Thailand and a 0-2 loss to hosts United Arab Emirates, a determined India held on for 90 minutes before conceding.

This was India's fourth appearance in the continental showpiece, beginning with the 1964 edition, in which only four teams participated.

In their next Asian Cup in 1984, India were knocked out in the first round and they suffered a similar fate in 2011, when they lost heavily to Australia, South Korea and Bahrain.

However, the team under coach Stephen Constantine started the tournament with the demolition of Thailand.

They were a shade unlucky against UAE and went down fighting, but looked determined against Bahrain.

The Blue Tigers started off shakily after losing defender Anas Edathodika to injury as early as the second minute, but Sandesh Jhingan and his colleagues managed to stave off the Bahrain strikers until the blunder inside the box.