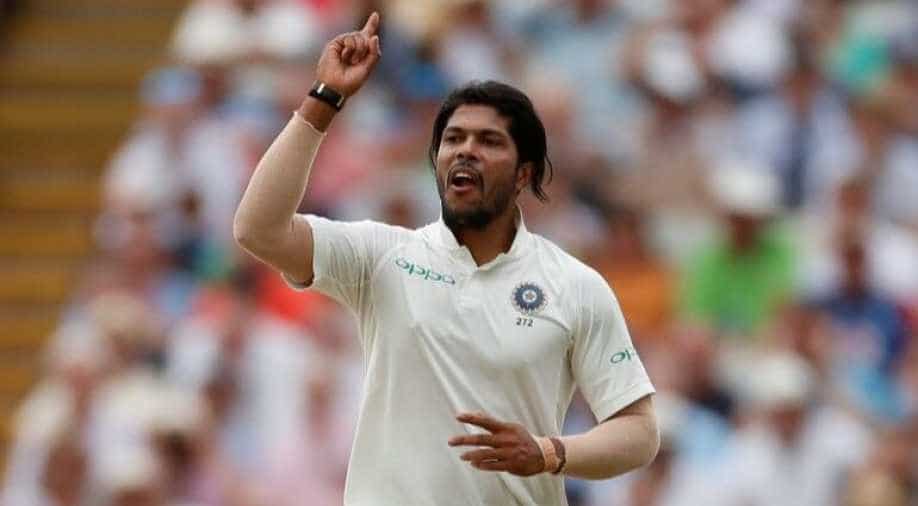 Yadav, who has taken 119 wickets in 41 Tests, last played for India in December in Australia

Indian fast bowler Jasprit Bumrah has been ruled out of the home Test series against South Africa after suffering a stress fracture in his back and will be replaced by Umesh Yadav, the country's cricket board (BCCI) said on Tuesday.

Bumrah, 25, was India's leading bowler at the 50-over World Cup with 18 victims and he took 13 wickets in the recent two-Test series in West Indies at an exceptional average of 9.23.

"Jasprit Bumrah has sustained a minor stress fracture in his lower back and has been ruled out of the upcoming series for Gandhi-Mandela Trophy against South Africa," the BCCI said in a statement.

Bumrah's spell of 5-7 in the first Test made him the first Asian bowler to complete five-wicket hauls in Australia, England, South Africa and West Indies -- in only his 11th Test.

Yadav, who has taken 119 wickets in 41 Tests, last played for India in December in Australia.

Vishakhapatnam will host the first Test between India and South Africa from Oct. 2 followed by matches at Pune and Ranchi. The series is the first for South Africa in the new ICC Test Championship.