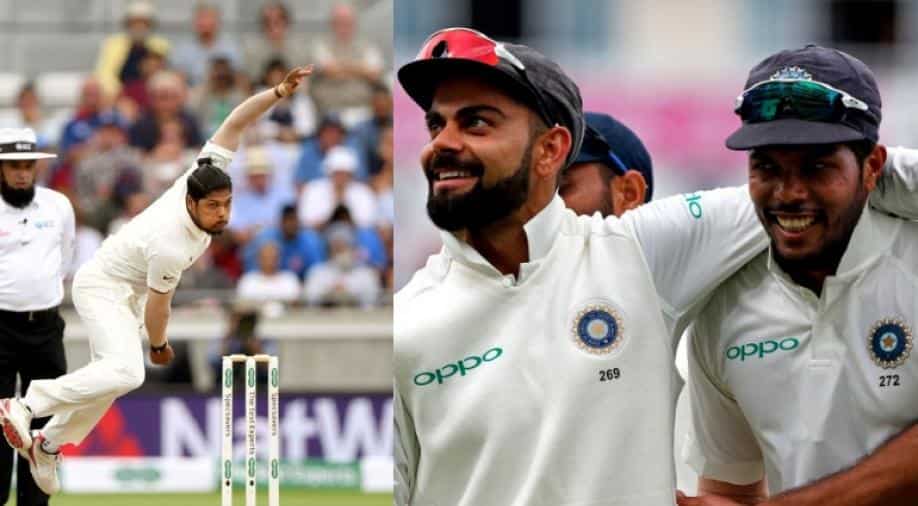 The hosts chased down their 72-run target in 16.1 overs. Prithvi Shaw, on 33, and Lokesh Rahul, also on 33, remained unbeaten in an extended final session.

India beat West Indies by 10 wickets to win the second and final Test on the third day after an extended session in Hyderabad on Sunday.

Opener Prithvi Shaw and Lokesh Rahul remained unbeaten in India's second innings to chase down the 72-run target in 16.1 overs to sweep the series.

Debutant Prithvi Shaw won Man of the Series for his splendid performance throughout the series.

In first innings, he scored 70 runs and in second innings he remained unbeaten at 33 runs and hit the winning runs.

Umesh Yadav, who bowled his career-best figures of 6-88 in the first innings, was given with Man of the Match award.

Overall, Yadav claimed a match haul of 10 wickets that helped to skittle out West Indies team for 127 in their second innings, while spinner Ravindra Jadeja returned figures of 3-12.

With 10 wickets across the two innings @y_umesh is the Player of the Match 👏👏 pic.twitter.com/GxEpVoxeGd

Earlier, for West Indies Sunil Ambris top-scored for the tourists, who were beaten inside three days in the series opener in Rajkot, with 38.

A clinical performance by #TeamIndia as they beat the Windies by 10 wickets to clinch the series 2-0. This is their 10 consecutive victory at home 👏👏@Paytm #INDvWI pic.twitter.com/Mr0Qv7hEWF

Earlier, Ashwin and Shradul Thakur took India's lead to 56 runs after the team was bowled out for 367 runs at lunch on the third day.

Wicketkeeper-batsman Rishabh Pant top scored with 92 after being involved in a 152-run fifth-wicket stand with Ajinkya Rahane, who made 80.

Ashwin made 35 before being bowled by Shannon Gabriel in an extended first session. His was the last wicket Windies took to end Men in blue's innings.