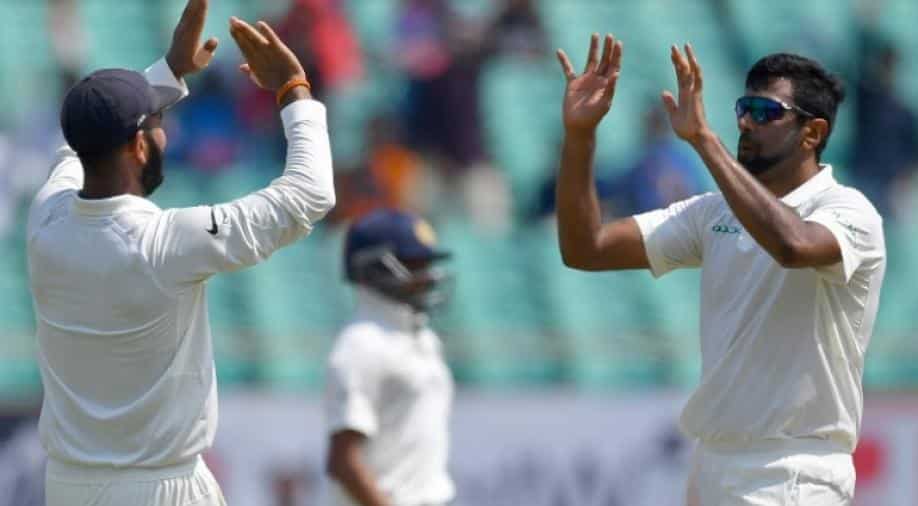 Off-spinner Ravichandran Ashwin was the pick of the Indian bowlers, claiming 4-37

West Indies were all out for 181 in their first innings in reply to India's mammoth 649 for 9 in the morning session on the third day of the first Test here on Saturday.

India have enforced the follow-on and the Windies will bat for the second time.

Roston Chase (53) and Keemo Paul (47) offered some resistance with the bat but they still ended 468 runs behind, prompting India to enforce follow-on.

Off-spinner Ravichandran Ashwin was the pick of the Indian bowlers, claiming 4-37.

Roston Chase top-scored with a gritty 53 for the West Indies, who started the day three on 94-6 in response to India's mammoth 649-9 declared.

The West Indies' batting folded in the first session and they will need another 469 runs to avoid an innings defeat in the first of the two Tests.

Chase put up some resistance against an inspired Indian bowling attack during his 73-run seventh wicket partnership with Keemo Paul, who made 47.

Chase and Paul counter-attacked with a flurry of boundaries early in the morning session to give some hope of a West Indies fightback, but their batting fell flat soon after the duo's departure.

Umesh Yadav struck the first blow in the morning session after getting Paul caught at mid-wicket. Just into his second Test, Paul hit 7 fours and 2 sixes during his 49-ball stay.

Ashwin got Chase bowled on a big turning off-spinner that found the inside edge of the bat to crash onto the stumps.

But it was the Indian batsmen who led the world's number-one side to dominate after centuries by debutant Prithvi Shaw, skipper Virat Kohli and Ravindra Jadeja.