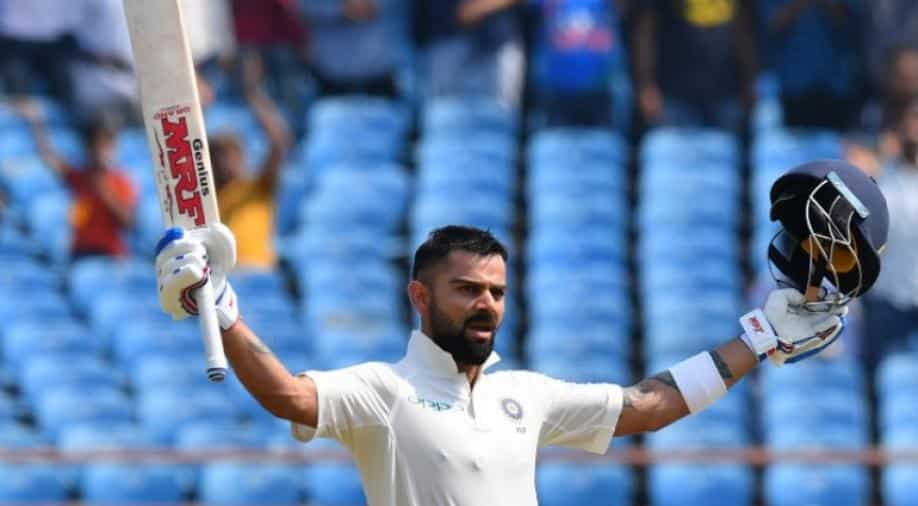 Indian captain Virat Kohli, who is batting on 120, slammed his 24th Test ton on day two of the first Test against West Indies in Rajkot on Friday. He became the quickest batsman to reach 24 Test centuries after the great Donald Bradman.

Virat found a determined ally in 21-year-old Rishabh Pant, who missed out on century after a blistering 92-run knock, to put together 133 runs for the fifth wicket.

Despite Kohli's spectacle, the highlight of the session was Rishabh Pant who resumed at 17, went all guns blazing. His entertaining innings was laced with eight fours and four sixes.

Eying his second Test hundred in his fourth Test Pant attempted another six over mid-wicket, failed to pick the googly and top-edged it for a simple catch to Keemo Paul at backward point.

The first session of the day was all about the partnership between Virat and Rishabh Pant that propelled India to a mammoth score as India reached 506 for five at lunch.

All-rounder Ravindra Jadeja, on 19, was batting alongside Kohli at the break. Leg-spinner Devendra Bishoo has claimed two wickets.