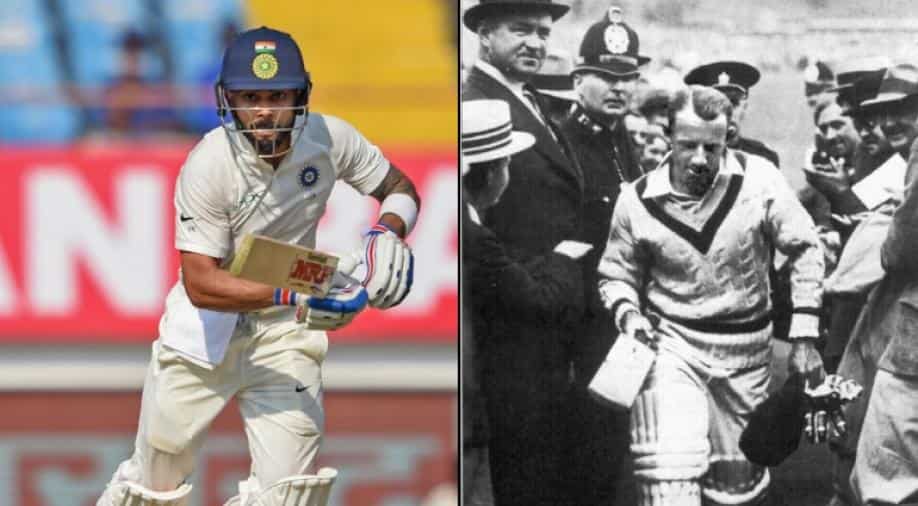 Kohli, who was on 72 overnight, hit a four off Devendra Bishoo to bring up his 100 in the first Test in Rajkot.

The Indian skipper also surpassed Australia's Steve Smith to go second in the list of centurions among active players, behind South Africa's Hashim Amla on 28.

Smith, who is serving a one-year ball tampering ban, has 23 tons in 64 Tests.

Kohli reached his 24th century in his 123rd innings, while Australia's Bradman took just 66 knocks to achieve the same feat.

It was the second century of the Indian innings after 18-year-old opener Prithvi Shaw made 134 on day one to become India's youngest batsman to score a ton on debut.