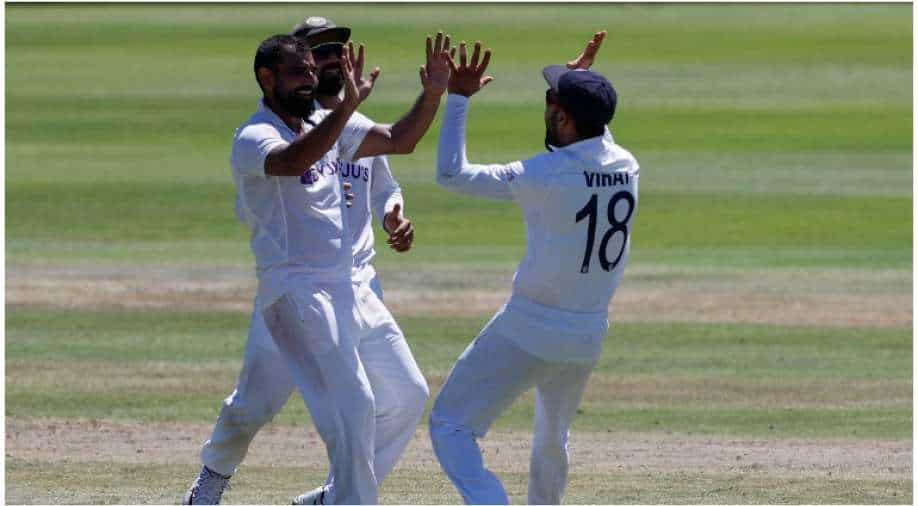 Little Master Sunil Gavaskar recalled how former head coach Ravi Shastri inspired Md Shami to get his act together and deliver during India's third and inconsequential Test versus the Proteas, in 2018, at The Wanderers, Johannesburg.

It is safe to say that the current Indian cricket team is one of the best sides in the purest format of the game. They are ranked No. 1 in ICC Test rankings and have won some memorable series away from home in recent times, under Virat Kohli's leadership.

While Kohli's infectious energy, intensity and love for the Test format rubs off his teammates, one of the major reasons for India's rise in Tests -- since 2015 -- has been due to the pacers. The likes of Ishant Sharma, Mohammed Shami, Jasprit Bumrah, Umesh Yadav, Bhuvneshwar Kumar, etc. have contributed immensely to India's rise in whites in the last five-six years.

Among the current pace battery, Shami wasn't having an ideal time in the longest format of the game when India last toured South Africa in early 2018. Little Master Sunil Gavaskar recalled how former head coach Ravi Shastri inspired Shami to get his act together and deliver during India's third and inconsequential Test versus the Proteas, in Johannesburg, after the visitors had already conceded the three-match series 2-0.

Talking on commentary during the ongoing third and final Test between India-SA, in Cape Town, Gavaskar said, "At the Wanderers, the last time around in 2018, was when they actually got stuck into him apparently because till then he hadn’t really delivered. They said to him that on this pitch if you’re not going to take wickets then… So the word is and I am not too sure that Ravi gave him a rocket."

"And then he came out and destroyed South Africa. Sometimes you know, you need to put an arm around a player, sometimes you’ve got to just get stuck into him."

In the ongoing Cape Town Test, Shami has contributed with two scalps in SA's first innings. On his performance so far, the legendary Indian cricketer Gavaskar said, "Somebody of his calibre, you can’t keep him out of the game for a long time. He had seen Yadav take a couple of wickets, he had seen Bumrah bowl splendidly and take 2 wickets. So he wanted to contribute. And he came in and did it at the right time. That Bavuma and Petersen partnership was a delight to watch but at the same time it was threatening India, so they needed a wicket at that stage and Shami delivered it."