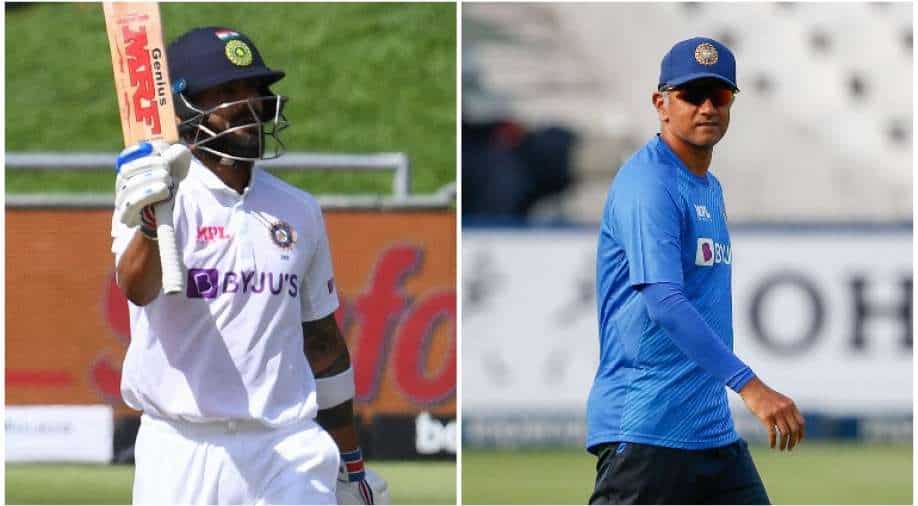 India and South Africa have locked horns with each other on Day 1 of the third and final Test at Newlands, Cape Town on Tuesday (January 11). After winning the toss, India were 31 for no loss before both their openers were removed in a flash.

Thus, the onus fell on skipper Virat Kohli. Kohli, who is playing his 99th Test, returned to the playing XI after missing the second and penultimate Test due to upper back spasm. Playing on Rahul Dravid and his daughter Vamika's birthday, the 33-year-old Kohli looked in his elements and carried the innings single-handedly by contributing with a watchful 79. The right-hander looked set to finally break his century-drought, since late 2019, before he ran out of partners and edged one to the wicketkeeper off Kagiso Rabada in the final session to walk out for 79.

Nonetheless, Kohli surpassed his head coach Dravid in an elite list courtesy his second-slowest fifty in the red-ball format. By virtue of his knock, the Indian Test captain moved past Dravid (624 runs) to become India's second-highest run-getter on South African soil in whites. For the unversed, Kohli is now only behind his idol Master Blaster Sachin Tendulkar. Tendulkar amassed a whopping 1161 runs against the Proteas in South Africa in the format, from 1992-2011.

Riding on Kohli's 79 and Cheteshwar Pujara's 46, India folded for a moderate 223 in the first innings of the final Test at Cape Town. The Jasprit Bumrah-starrer bowling attack will have to be at their very best to dismiss SA in a flash and ensure India take a vital first-innings lead.

The series is tied at 1-1 after India won the series opener, in Centurion, before Dean Elgar-led hosts levelled the series in the penultimate Test in Johannesburg.