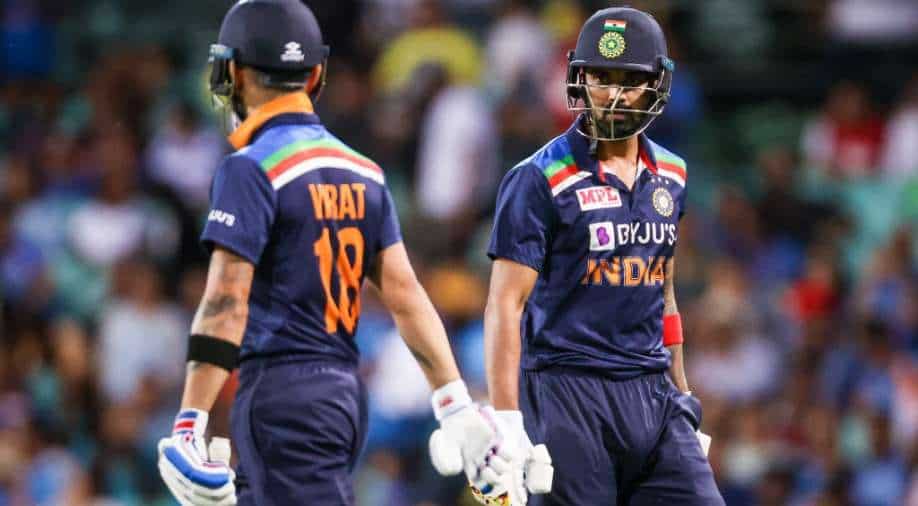 India's KL Rahul on Thursday said that lean patch of form in the five-match T20I series against England never impacted his confidence. Rahul managed to accumulate just 15 runs in four matches before being dropped from the fifth and final T20I in Ahmedabad.

India's KL Rahul on Thursday said that lean patch of form in the five-match T20I series against England never impacted his confidence. Rahul managed to accumulate just 15 runs in four matches before being dropped from the fifth and final T20I in Ahmedabad.

However, Rahul returned to the Team India playing XI in the first ODI and roared back to form with an unbeaten 62 to power India to a mammoth score of 317 in 50 overs.

"I was confident, for a player to come this far, it's only self-belief that gets him this far. I have always been confident about who I am as a player and who I am as a person. It was never an issue of confidence and self-belief. Like I said, sometimes it's sport, you try everything that is possible and which is in your control, still, it does not go your way. You accept it and try to learn from the mistakes you have done. I was always confident, I knew in the nets and the practice sessions, I was batting well.

"If there was a real issue with my batting, then I probably would have been a little under-confident, scoring runs is important and it is everything for a player but for me, I also look at myself at training. If I am preparing well and I am hitting the ball well, my mind is in the right place. Most of the things were going well, just the number chart was not going my way, which is disappointing. When I open the batting, the team looks upto the openers to give them a solid start and score runs, but it never impacted my confidence," said KL Rahul during a virtual press conference on Thursday.

But what did Rahul do differently in the first ODI as compared to the T20I series? The swashbuckling right-handed batsman said that he didn't dwell into his thoughts much to avoid overthinking while adding that playing at a high level, every player goes through such a phase.

“Everybody goes through this; I did not do anything different. I was not too stressed, as a player, you are disappointed. Sitting on the bench for a while, I did not play for 3-3.5 months so I was really excited about playing the white-ball series. Every player in the team wants to do well, sometimes it does not happen, you have to accept it.

"I asked myself if I prepared well, and when I thought about it, I did everything right, after that, if I did not score runs, then it's fine, I accept that. Having said that, it does not mean that you do not feel disappointed. When you are playing at this level, you always want to perform, but you need to accept that it is not always going to go your way. When things were going right, I did not question my process so I did not want to sit back and overthink after four-five bad performances, I was doing most things right which was in my control," Rahul explained.

Answering whether it's easier to start afresh in a new series, Rahul replied: "Like I said, the ODI format, playing at number five, I could take a little more time than I did maybe in T20s. Having spent a little time in the middle, having played a couple of good shots, the footwork got better. When I walked in, Shikhar was batting well. I knew when Krunal walked in, I realised we had to stitch a partnership together, when you stop thinking about your own personal game and when there is responsibility in front of you, you start thinking clearer, having spent 20-25 balls in the middle, I started to feel more confident."

India and England will lock horns for the second ODI in Pune on March 26. The Men in Blue lead the series 1-0.