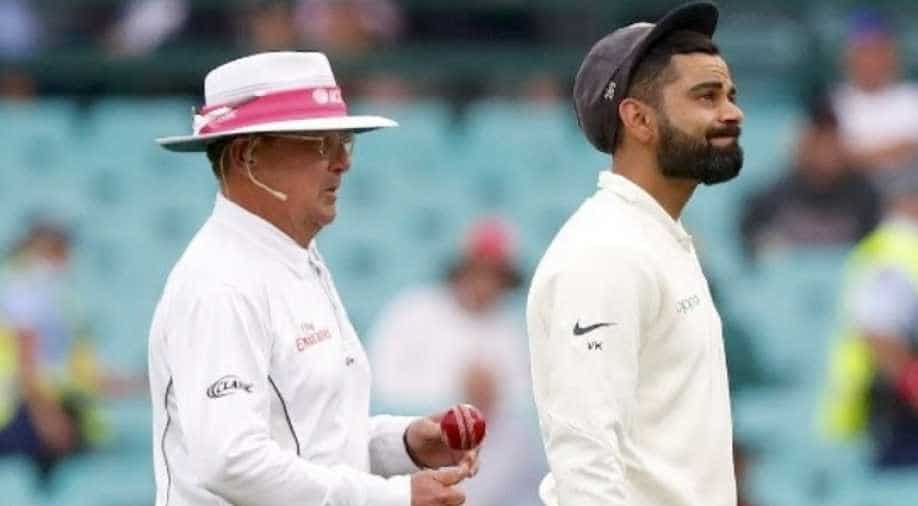 Australia will resume on six without loss on Monday, still without a century in the series and 316 runs adrift of India's mammoth first innings effort of 622-7 declared.

Australia were forced to follow-on on home soil for the first time in 30 years after being dismissed for 300 as India went for the jugular in search of a maiden series triumph Down Under on the fourth day of the final test on Sunday.

Australia will resume on six without loss on Monday, still without a century in the series and 316 runs adrift of India's mammoth first innings effort of 622-7 declared.

The tourists, leading 2-1 in the four-test series, only need a draw to secure a breakthrough triumph in Australia but skipper Virat Kohli did not hesitate to send the hosts back in when they fell well short of the 423 runs needed to avoid the follow-on.

Play at the Sydney Cricket Ground had finally got underway after a rain delay of almost four hours and India needed just 80 minutes to take the last four wickets at a cost of 64 runs.

Mohammed Shami immediately took the second new ball and removed Pat Cummins's off stump with the sixth delivery of the day to dismiss his fellow paceman for 25.

Peter Handscomb, recalled for his ability to play spin, followed for 37 after adding nine runs to his overnight tally, dragging the ball onto his stumps to give quick Jasprit Bumrah his first wicket of the match.

Nathan Lyon faced just five balls before he was adjudged lbw to fellow spinner Kuldeep Yadav for a duck, a decision Australia decided against reviewing despite a question mark over whether the ball would have hit the stumps.

Josh Hazlewood was dropped by Hanuma Vihari off Kuldeep's bowling when he had yet to score and he and fellow tailender Mitchell Starc (29 not out) fought a dogged rearguard to put on 42 for the final wicket.

Left-arm wrist spinner Kuldeep (5-99) finally got his man to secure a second five-wicket haul in his sixth test, though, trapping Hazlewood leg before wicket for 21, in a decision confirmed after a review.

England were the last team to force Australia to follow-on at home in the drawn 1988 Sydney test, a result the hosts are unlikely to repeat unless the weather intervenes decisively.