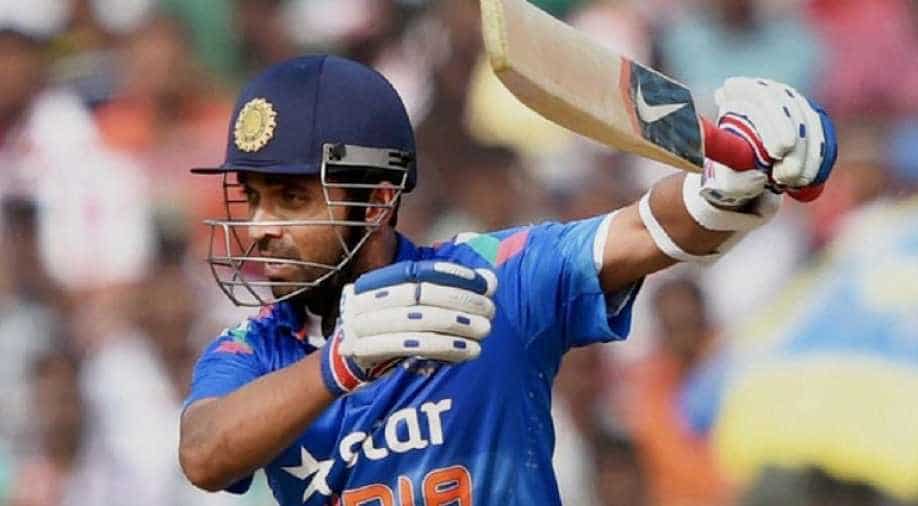 An industrious accumulator in a crowd of power-hitters, the 30-year-old has been ignored for the shorter formats though he is an automatic selection in the test team.

Ajinkya Rahane's last one-day international appearance was over a year ago but India's test vice-captain still hopes to make the cut for the World Cup squad and has implored the selectors to give him chances "more consistently" in the 50-over format.

An industrious accumulator in a crowd of power-hitters, the 30-year-old has been ignored for the shorter formats though he is an automatic selection in the test team.

Rahane, who has a strike rate of 78.63 in ODIs, can score with proper cricketing shots but is perceived as someone who lacks the muscle power to excel as a lower-order slogger.

"As a batsman, I am aggressive but by nature, I am quite shy. I prefer to let my bat speak but sometimes it's important to speak the truth," Rahane, who is leading Mumbai in India's domestic Syed Mushtaq Ali Twenty20 competition, told local media.

"I have always believed the team comes first and respected the management and the selectors' decision. I will continue to do that. But in the end, it is important that your performance is recognised.

"The point is that if as a player I have always played for the team, then I deserve chances more consistently. That’s the least I am asking."

Rahane registered a player-of-the-series performance in West Indies in 2017 and also scored four consecutive fifties against Australia at home later that year.

But he was then asked to step down the batting order in South Africa in early 2018 as India went with the top three of Rohit Sharma, Shikhar Dhawan and captain Virat Kohli.

"I also believe that my performances were really good. If you see the last three-four series, my average was around 45 to 50," he said. "After I was dropped, I went back to domestic cricket and feel I have done reasonably well.

"I have never thought about my personal achievements. I did well as an opener against West Indies and Australia but in South Africa, the management thought I would be suitable at No. 4.

"I said 'whatever you prefer' because the team wanted it. But every individual needs confidence and positive vibes like 'yes, you are there and you are doing it for the team'."

Time is running out for the Mumbai batsman who has been left out of the squad for the five-match ODI series against Australia, the last India will play before embarking on their World Cup campaign in England and Wales.

Chief selector M.S.K. Prasad recently said Rahane was still part of India's World Cup plans and the cricketer is not giving up yet.

"It feels good that I am being considered. But at the same time, you need to get a chance," said Rahane, who has played 90 ODIs for India and has three hundreds and 24 fifties.

"Playing the World Cup is a dream every cricketer cherishes. I do respect the selectors and team management's performances and I think I deserve a chance.

"I am very much hopeful. Like I said, I keep negative thoughts away and you never know, things can change any time."