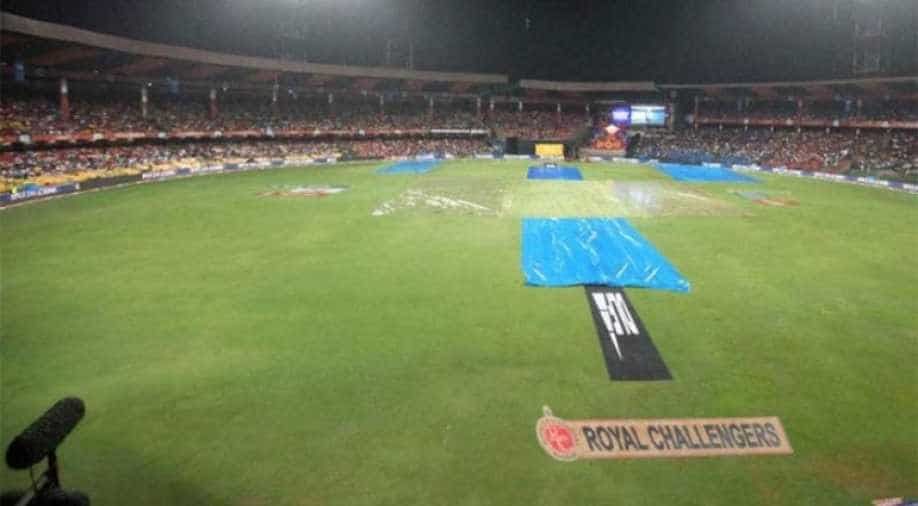 The game is expected to be a high-scoring affair unlike the series opener in which Australia chased down 127 on the final ball of the innings.

After a low-scoring thriller in the first T20 International between India and Australia at Visakhapatnam, the second and final game at the Chinnaswamy promises to be a run-feast, a KSCA official said Tuesday.

Though the wicket at Chinnaswamy has slowed down over the years, the game is expected to be a high-scoring affair unlike the series opener in which Australia chased down 127 on the final ball of the innings.

"The surface may not be as high scoring as an IPL game but will have plenty of runs. We are using a wicket which has not been used for more than two months, it was last used in Vijay Hazare Trophy," a KSCA official told PTI.

During this time of the year, dew is also not expected to be a factor.

"Around 180 should be a par score on this surface," he added.

The last T20 International was played here in February 2017 when India beat England by 75 runs after amassing 202 for six.

India all-rounder Krunal Pandya too thinks the this track will be more batting friendly.

There was a tinge of green on the surface a day before the game but in all probability, that will be shaved off by tomorrow.

"I have not seen the wicket yet but it should be a lot more batting friendly than Vizag," said Krunal.

However, Australian pacer Pat Cummins feels the pitch's nature has changed considerably over the last couple of years.

"It has been a funny wicket in the last couple of years. First time I came to Bangalore 7-8 years ago during the IPL, it was a 220-wicket. Over the years, it has slowed down.

"Vizag was low scoring but a great game. I loved the surface there. In T20s you prepare for yorkers, slower balls, but over there you knew good balls were going to be good enough. The ball felt like swinging a little bit in the end," he added.