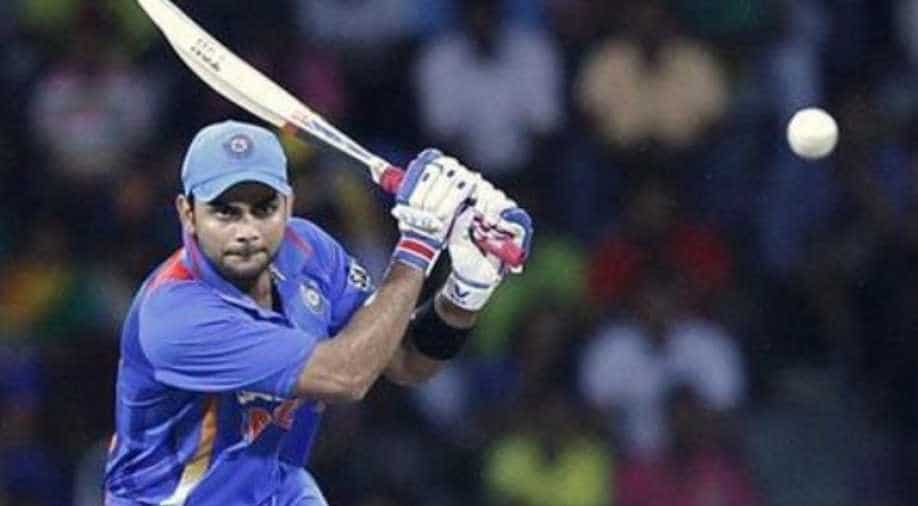 Supported by MS Dhoni at the other end, Kohli played a patient inning to lift his side back into the game, especially after India lost both its openers.

Indian skipper Virat Kohli converted his fifty into his 39th ODI hundred while chasing a target of 299 runs set by Australia in the second ODI on Tuesday.

Supported by MS Dhoni at the other end, Kohli played a patient inning of 104 runs to lift his side back into the game but was dismissed while trying to hit a six off Jhye Richardson.

Earlier, a partnership was developed between Kohli and Ambati Rayadu before the current No 4 batsman gave a simple catch to Marcus Stoinis off Glenn Maxwell.