In time of no cricket, Rob Moody keeping the game alive 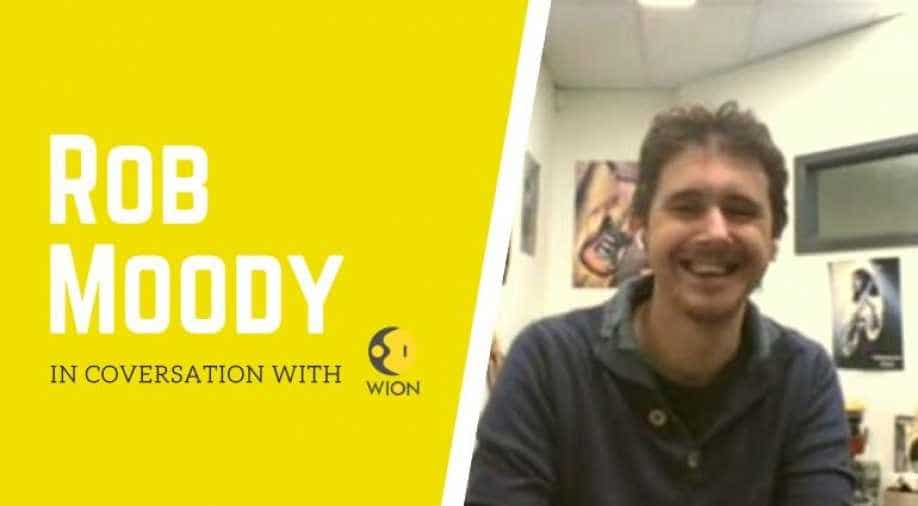 In an interview, Rob Moody aka robelinda2, opened up about his YouTube channel, work behind owning the world's largest cricket video archive, requests from fans and players, and much more.

Who would have imagined a time where there would be absolutely no Live sport for the fans to feast on? Who would have imagined stadiums turning into quarantine centres with dark clouds hovering on the resumption of any sort of sporting action? The world, in a time of dearth, looks towards a hero and the cricket world has found a superhero in the form of Rob Moody or many would know him by his YouTube channel ‘robelinda2’ –  who has world’s biggest cricket video archive.

Not only cricket fans but current and former cricketers are bombarding Rob with requests, comments, appreciation and whatever follows for the tremendous work he is putting for the cricket community in general to keep everyone engaged with the game. A musician by profession, guitar teacher, cricket historian and a mega-fan of cricket, Rob’s mantra is simple: “If it’s available for everyone then put it there.”

It started with a gentle push and for loads of love for the game.

“My friends and I were discussing a match and my reply was ‘I have that footage with me’, so they just asked me to put it on YouTube. As I had no knowledge about how this platform worked, I simply put it and the response was brilliant. People started to request more videos and I kept on making them available. But since I didn’t know much about YouTube back then, I lost my first channel due to copyright infringement. Now I am more aware of things. It is great to see people enjoying archival footages and keeping themselves engaged with the game in such times,” Rob told WION from Melbourne.

Be it a super compilation of “14 Insane Yorkers by Waqar Younis”, “Sir Viv Richards Final Test Innings” or “1000th Wicket Of Shane Warne”, every “Gold” footage a cricket fan can ask for has been already assembled by Rob. His channel has 709,871,877 views and the numbers are only increasing!

“I have put like thousands of hours to record and store everything. I have around 30 DVD folders with 100 disks each. My workstation is full of hard drives, TBs of it! I am not even working at the moment but I have like 4TB of hard drives lying around, so you can imagine what amount of data is there. DVDs are risky. I have these few disks with me now and they are not working anymore, I haven’t even touched them in years!” Rob said. 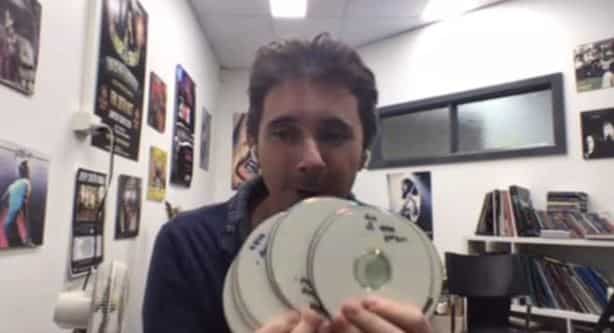 With everyone stuck at home, desirobelinda2 has come as a massive rescue. Not only fans but cricketers like Sir Geoffrey Boycott, Shane Warne, Kevin Pietersen, Scott Styris, Dimitri Mascarenhas, Shoaib Akhtar, Aakash Chopra among many others, appreciating, requesting or opinionating on certain rare footages. However, Rob misses the daily life as he doesn’t earn a single penny for his highly-popular YouTube channel.

Thank you Rob @robelinda2 for the memory. I played a bit too low then - improved later! https://t.co/bZR5qPtbMG

He was plumb in front :)

“I wound want to be doing something and earn. I don’t earn anything from my channel, it’s just sheer love for cricket. My guitar classes are shut, not playing music in cruise tips, everything has come to a halt. It is better for everyone to stay inside and do something productive by staying indoors. I am taking this time to fulfil more requests on Twitter and YouTube and also backing up some old footages as DVDs are not reliable at all. So yes, taking something good out of this situation,” Rob said.

“But yes, it’s good to see cricketers appreciating the work. Footages are special and have been collected with immense work.”

Everyone has that special series which, for them changed the game forever. For Rob, it is Australia’s 2-1 victory over West Indies in 1995 where the Mark Taylor-led Baggy Greens ended a 20-year wait over the Men from the Caribbean

“That is a special series. We defeated mighty West Indies after a couple of decades. I have around 5-6 back-ups for it. Defeating West Indies back then was a big task and yes, Australia did it to everyone’s surprise. I will keep that footage forever with me, that is gold to me.”

Rob hasn’t had the opportunity to interact with any cricketers in person. “I would love to meet someone with a good knowledge of the game. Meeting the likes of Ricky Ponting, Adam Gilchrist, Michael Atherton, Michael Vaughan would be great if that’s a possibility one day. I would love to discuss the game with them.”

When you are dealing with televised footages then YouTube becomes a tricky place to upload videos. Three copyright strikes can take the entire channel away, forever. “I once got a strike while uploading 10-second footage of one Ian Bell drive, just one drive. The strike was just on the moment when the ball hit Bell’s bat. It’s crazy. I had to go back and edit those frames out, it was a frame by framework. Cricket boards are kind of okay with uploading footages prior to 1992 but that’s way back. It is tricky indeed.” 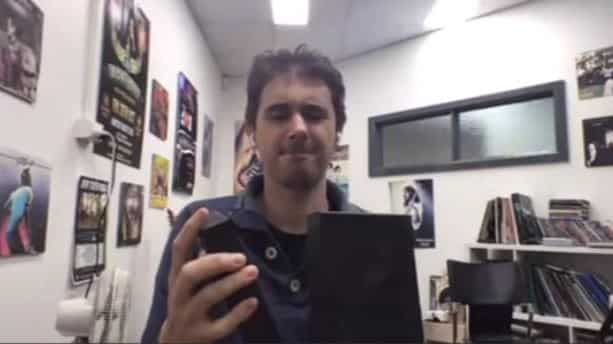 Rob has even got a channel which is a tribute to him by Mainak named desi_robelinda, where footages from Team India’s matches, Indian domestic games and matches of sub-continent teams are in the majority. It is a priceless place to visit for cricket fans as well. “It’s pretty nice to have a tribute channel. But Mainak works equally hard in collecting and putting out the footages. We are in touch on a regular basis and help each other a lot. It’s good to see people with so much love for the game,” Rob said.

The COVID-19 pandemic has left almost the entire world locked. Cricket fans flood Rob’s Twitter handle requesting him about rare footages. “When I am on the cruise, I don’t even get proper time to fulfil those requests, there are thousands of them. Now, I am trying to post as much videos as possible with literally nothing else to do now. It’s heartening to see the response but I hope everything is back to normal soon.

While it will take months for everything to come back to normalcy, cricket fans have new homes in robelinda2 and desi_robelinda. With an exhaustive amount of rare and special footages, fans are not only feasting by turning back the time machine, by the help of their superhero without cape, but are also learning to re-live moments which made the game so special. Thank you, Rob Moody, on behalf of cricket.