Important to have 'rough, rowdy matches' says Serena Williams after second round win 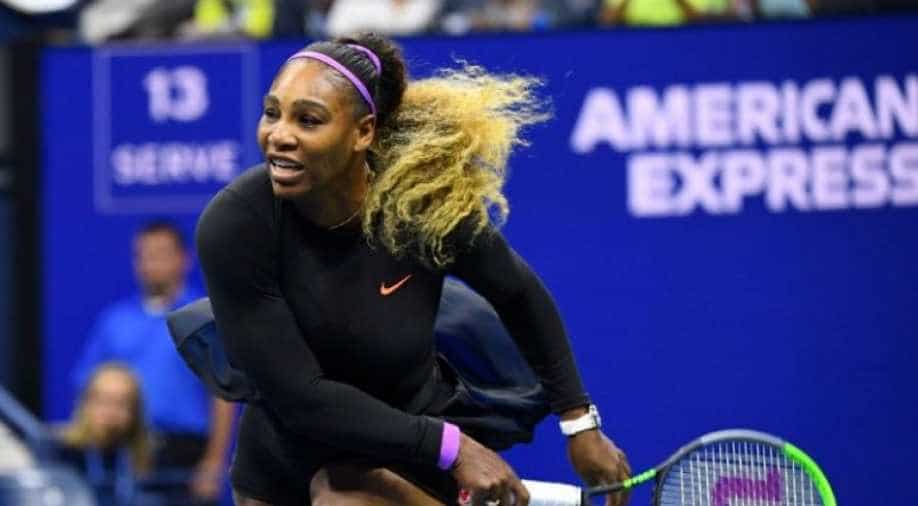 Having gone a set down against American teenager Caty McNally, the six-time champion rallied to take the match 5-7 6-3 6-1 and set up a third round clash against either 29th seed Su-Wei Hsieh or Karolina Muchova

Serena Williams says it's important to have "rough, rowdy matches" after she survived a second round US Open scare on Arthur Ashe Stadium court on Wednesday (August 28).

Having gone a set down against American teenager Caty McNally, the six-time champion rallied to take the match 5-7 6-3 6-1 and set up a third round clash against either 29th seed Su-Wei Hsieh or Karolina Muchova

Novak Djokovic meanwhile, required on-court treatment for his left shoulder in between the first and second sets during a tough 6-4 7-6 6-1 win over Argentina's Juan Ignacio Londero.

The defending champion, in search of a 17th grand slam, admitted afterwards that he was unsure if he would be able to finish the match and that the shoulder niggle had been bothering him for a "couple of weeks".

Roger Federer is prepared to champion the cause of lower-ranked players on the ATP Tour and said that he would fight to ensure a bigger share of the prize pot for them in future.

Speaking after a 3-6 6-2 6-3 6-4 win over Bosnian Damir Dzumhur, Federer said the prize money for players at the top of the sport had improved significantly since he began playing but that was not the case at the other end of the spectrum.

Having been elected to the ATP Player Council with Rafael Nadal this month, Federer said a higher percentage of revenues from ATP tournaments could be used to improve the earnings of players who fail to make it to the main draw.

Players on the Challenger Tour and the Grand Slam qualifiers often struggle to sustain their careers due to a lack of steady sponsorship as well as high expenses for coaching, travel and accommodation - something Federer hopes does not lead to promising players fading away due to financial constraints.