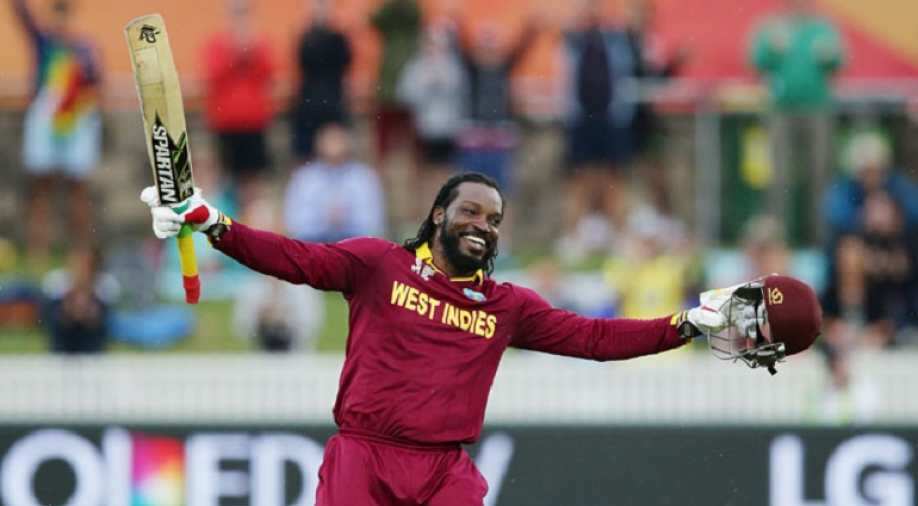 "I'm still the 'Universe Boss'. That will never change. I'll take that to the grave," said West Indies batsman Chris Gayle after announcing retirement from the One-Day International (ODI) cricket.

The 39-year left-hander batsman said that he will retire from one-day format after taking part in this year's World Cup in England and Wales.

"You're looking at a great man," he told espncricinfo.com. "I'm the greatest player in the world," Gayle added.

"I'll let the youngsters have some fun and I can sit back in the party stand and watch them have some fun," said Gayle.

"Winning the World Cup would be a fairytale finish. The youngsters owe it to me to win. They have to do that for me and try and get me the trophy. I'll be looking to put my input in as well," he added.

Gayle is the second only to great Brian Lara among West Indians as the Windies' all-time record ODI runscorer. He needs 677 more runs to surpass Lara, a feat he will be hoping to achieve at his fifth World Cup.

"I'm in good condition. The body is feeling good and I'm pleased with that," said Gayle.

"I've lost a bit of weight and I don't want to get too big. I'm still working on my six pack.

"I'm trying to keep up with the youngsters in the field who are like cats the way they chase the ball. I still have it in me and I'm still enjoying it," he added.

The Windies begin their bid for a third World Cup title on May 31 against Pakistan.

Gayle will continue playing franchise cricket, with the T20 World Cup in two years' time potentially on the agenda.