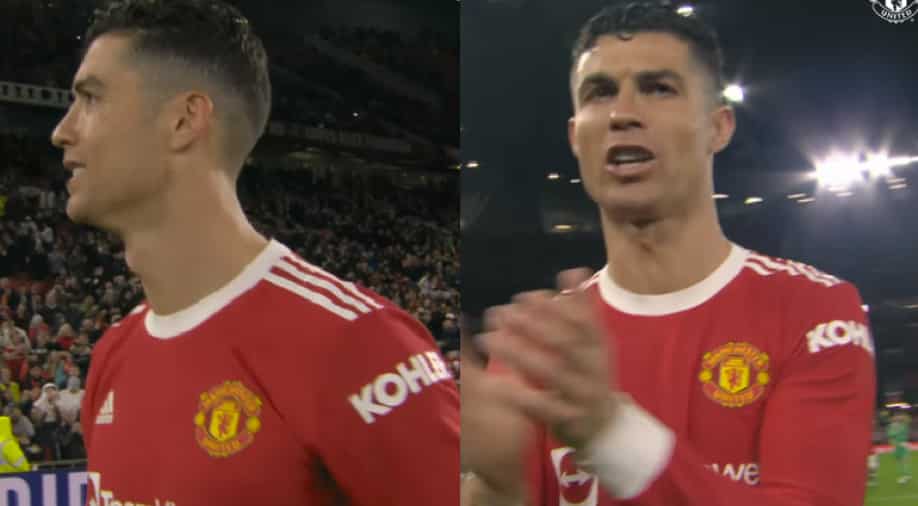 Cristiano Ronaldo sent a message to Manchester United fans after their 3-0 win over Brentford in the Premier League on Tuesday.

Manchester United thrashed Brentford 3-0 in the English Premier League on Tuesday to bag crucial three points as the season towards its business end. It was a dominant performance from United in their last home fixture of the season as goals from captain Bruno Fernandes, Cristiano Ronaldo and Raphael Varane secured a comprehensive win at Old Trafford.

United got off to a brilliant start in the game as Fernandes put them ahead in the ninth minute with a sublime finish off a brilliant pass from Anthony Elanga from the right. Ronaldo then latched on to an assist from Juan Mata to find the back of the net in the 45th minute, however, it was ruled out by the VAR.

Ronaldo converted a penalty in the second half to eventually extend United's lead before Varane scored from a corner to seal the deal for Ralf Rangnick's men. Following the conclusion of the game, Ronaldo sent out a strong message to United fans as he appeared to say - " I am not finished" to the camera while walking off the pitch.

Ronaldo has been on the receiving end of plenty of criticism amid United's poor form this season. However, the Portuguese icon has been the club's top scorer across competitions despite being 37. Ronaldo scored his 18th Premier League goal of the season against Brentford on Tuesday.

With Erik Tan Hag being appointed as the new manager of United, there are speculations over Ronaldo's future at Manchester United. Reports have linked him to a move away from Old Trafford this season, however, his latest message to United fans suggests he might not leave the club next season.

The Portuguese icon has also been linked to a return to his former club Real Madrid, who are reportedly keen on a reunion considering Ronaldo can bring guaranteed goals in the La Liga. On being asked about Ronaldo's future at United, interim manager Rangnick had said it will be a decision taken by Ten Hag when he arrives at the club.