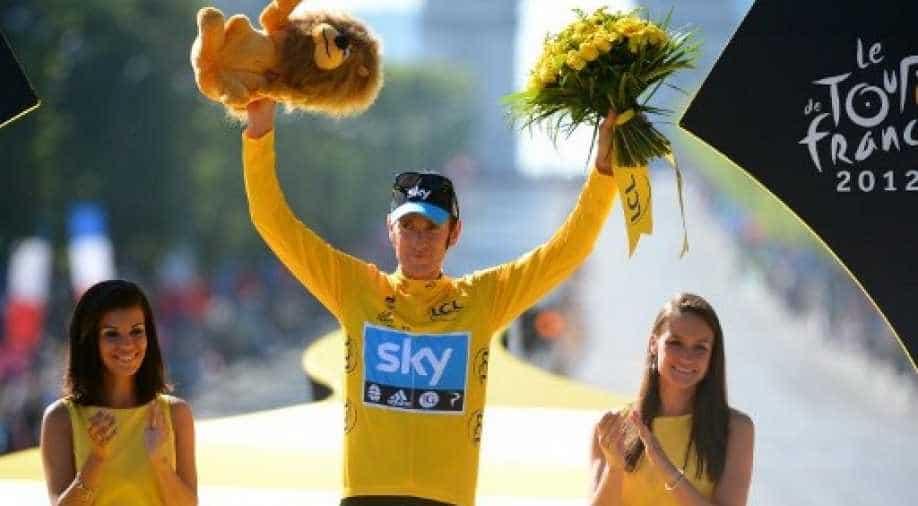 Bradley Wiggins had become the first Briton to win the Tour de France in 2012. Photograph:( AFP )

Wiggins was the first Briton to win the Tour de France in 2012 and he followed that memorable success by taking an Olympic time trial gold later the same year.

Bradley Wiggins plans to become a social worker as the former Tour de France winner moves onto a new life after his remarkable cycling career.

Wiggins was the first Briton to win the Tour de France in 2012 and he followed that memorable success by taking an Olympic time trial gold later the same year.

But the 39-year-old doesn't want to dwell on his sporting success any longer.

"I don't give a s**t about my cycling career now," Wiggins told The Big Issue magazine. "I'm just detached from it, I don't want to live off the back of it.

Wiggins attempted to become a professional rower after his cycling journey ended, but when that venture petered out he worked as a television pundit for Eurosport.

However, Wiggins, who had a difficult relationship with his estranged father after growing up in north London, wants to move into social work in a bid to help others less fortunate than himself.

"When I was offered a TV role I wasn't sure I wanted to do it," he said. "It took me a while to find myself, redefine myself, and come back to cycling without an ego.

"So now I can do the TV job, but I've also enrolled to do an Open University degree in social work. I want to help people.

"Those horrific things I saw when I was growing up. nothing can shock me now, and I want to use that mental toughness working as a social worker.

Wiggins' reputation has suffered since his retirement after internet hackers revealed details of therapeutic use exemptions (TUEs) Wiggins was granted ahead of some of his biggest races, including the 2012 Tour.

An investigation into the contents of a jiffy bag delivered to the 2011 Criterium du Dauphine for his use was inconclusive.

Wiggins called the controversial investigation a "malicious witch-hunt" at the time.

Meanwhile, Team Wiggins Le Col, the professional development team he formed in 2015, will close at the end of the season.

Wiggins appears to have taken those slings and arrows in his stride as he prepares for a new chapter.

He famously posed on a throne in front of Hampton Court Palace after his Olympic gold in London, but he has no complaints that his spell as the king of cycling is over.

"It's nice to be remembered but I can't keep waltzing in with a rock'n'roll haircut and a suede suit on, drunk," he said.

"I've moved on from that person. Everything ends, everything has to end."