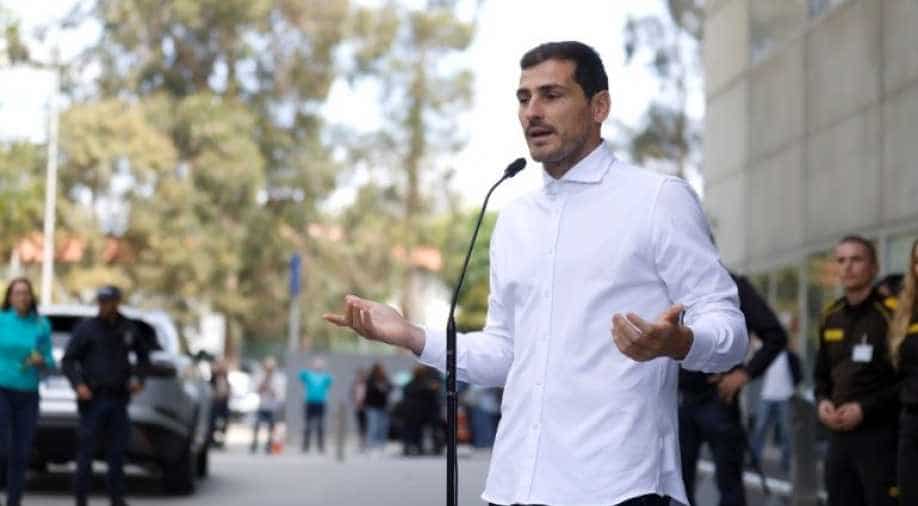 Porto goalkeeper Iker Casillas, who suffered a heart attack in May, has been registered by the club to play in this season's Portuguese league.

The 38-year-old former Spain and Real Madrid goalkeeper features in the Porto squad list which has been published on the league's official website ahead of their opening game away to Gil Vicente on Saturday.

Casillas, who captained Spain to their only World Cup triumph in 2010 and played 725 games for Real Madrid before joining Porto in 2015, suffered a heart attack in a training session on May 1 and spent five days in the hospital.

However, in July, Porto said that Casillas had been given a role on the team's technical staff "while he recovers from his health problem."

Porto last month signed Argentine goalkeeper Agustin Marchesin from Mexico City club America and the 31-year-old made his debut on Wednesday in the 1-0 win away to Krasnodar in a Champions League qualifying match.