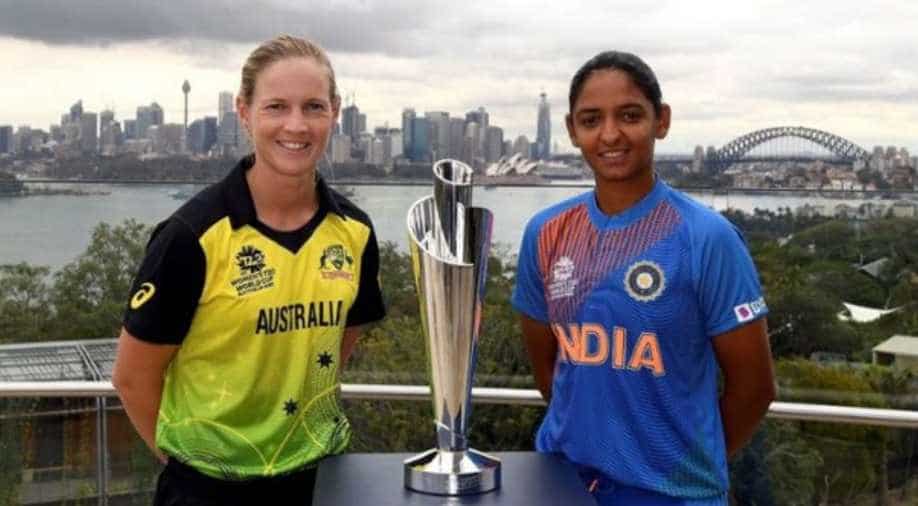 No one likes to compare men's and women's cricketers, but the 23-year-old Mandhana is now the lynchpin of the Indian side and is viewed as Virat Kohli of the women's game by many.

As Women's T20 World Cup is about to start, fans across the country just have one question on their mind, can the Indian side replicate the feat of Kapil Dev's 1983 World Cup-winning squad?

In 1983, The Indian team had defeated an invincible West Indies in the finals to lift the World Cup trophy for the first time. After the win, cricket got a fillip in the country, elevating the sport to religion for fans with every child wanting to become a cricketer.

Wow, Jemimah Rodrigues looks in some serious form ahead of the #T20WorldCup opener tonight 🙌

The way she holds the pose after some of these drives is 🔥 pic.twitter.com/YJ46rWK23b

In the final against West Indies, India had scored 183 runs after being put in to bat. Krishnamachari Srikkanth top-scored for India with a knock of 38 runs and Andy Roberts took the maximum wickets for West Indies as he sent three batsmen to the pavilion. West Indies, in its chase, failed to leave a mark as both Madan Lal and Mohinder Amarnath scalped three wickets and bundled them out for 140 runs, handing India a win by 43 runs.

Just hours to go for the start of the Women's #T20WorldCup 🎆

Now talking about the women's side, the Harmanpreet Kaur-led team has the best chance of winning their first ICC title. Apart from Australia and England, India is being viewed as the prime favourites to win the title.

No one likes to compare men's and women's cricketers, but the 23-year-old Mandhana is now the lynchpin of the Indian side and is viewed as Virat Kohli of the women's game by many.

Just hours to go for the start of the Women's #T20WorldCup 🎆

Mandhana has the record for registering fastest fifty by an Indian batswoman in the T20I format and her along with Shafali Verma will look to give the Indian side a fast start at the top.

Sixteen-year-old Shafali Verma has taken the global sport by storm. She has a playing style similar to that of Virender Sehwag, as she relies majorly on scoring boundaries. In the recent women's tri-series, the youngster hit a straight six off Australia's bowler and the shot went viral on social media.

Harmanpreet Kaur, the most experienced Indian batswoman will give stability to the middle order and will look to finish off matches. India's lower-order has failed to rise to the occasion, so it would be interesting to see how the side manages to cope if Mandhana and Harmanpreet fail.

In terms of bowling, India looks the most settled as the side has a perfect combination of spin and pace. Poonam Yadav, Radha Yadav and Deepti Sharma are known for spinning a cob-web around the opposition batters and the trio has an ability to defend modest totals.

India has a big challenge ahead of them in the first match, as the team would lock horns with hosts and defending champions Australia. The side managed to reach the finals of ICC 50-over World Cup in 2017. They also went to the semis of the 2018 T20 Women's World cup, but now, can they go all the way to bring a major title for the women's sport in the country?