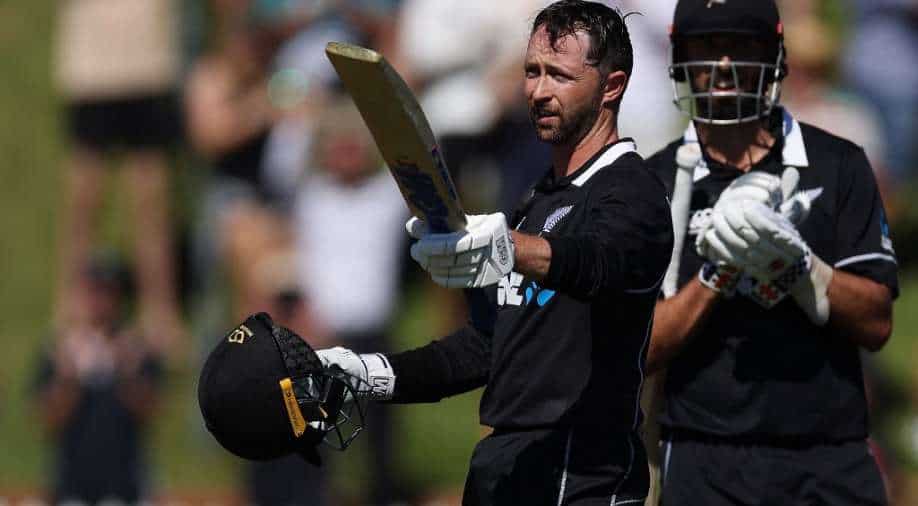 New Zealand batsman Devon Conway has attained a career-best fourth position in the ICC Men’s T20I Player Rankings, thanks to his match-winning knock in the series opener against Bangladesh in Hamilton on Sunday.

New Zealand batsman Devon Conway has attained a career-best fourth position in the ICC Men’s T20I Player Rankings, thanks to his match-winning knock in the series opener against Bangladesh in Hamilton on Sunday.

The left-hander, who has been keeping wickets in the series, smashed a superb 92 not out off 52 balls as New Zealand posted a massive 210 for three and won that match by 66 runs. He has advanced five positions and finds himself in the top five after only 13 matches, on the back of consistent performances against the West Indies, Pakistan, and Australia since his debut in November 2020.

Glenn Philips, who has unbeaten knocks of 24 and 58 to show and won the player of the match award in the second T20I in Napier as New Zealand took a winning 2-0 lead in the three-match series, has also attained a career-best status. He has moved up 32 places to 26th in the weekly update to the men’s rankings, carried out on Wednesdays.

Fast bowler Tim Southee has advanced two places to seventh, only one shy of his career-best sixth position attained in February this year, after taking three wickets in the first two matches. Lockie Ferguson has moved up 16 places to 42nd in what is another piece of good news for New Zealand, with the ICC Men’s T20 World Cup to be held later this year in India.

A sizzling 52-ball 92* in the first T20I against Bangladesh has helped Devon Conway continue his rise up the rankings!

He's now No.4 in the @MRFWorldwide ICC Rankings for Men's T20I batting! 🌟 pic.twitter.com/G66FWmuFX0

For Bangladesh, 21-year-old left-handed opener Mohammad Naim has progressed 13 places to reach 28th position after scoring 27 and 38 while Soumya Sarkar has moved up five places to 41st after notching a half-century in Napier.

ALSO READ: 'I am lucky that I will be playing under Mahi bhai': Cheteshwar Pujara ahead of IPL 2021

England all-rounder Ben Stokes has advanced four places to 24th scoring 99 off 52 balls in the second ODI and is up to second among all-rounders, while Jonny Bairstow has retained seventh place after touching a career-high 796 rating points with his player of the match effort of 124 in the same match. Moeen Ali is up nine places to 46th among bowlers.

For India, Lokesh Rahul has moved up from 31st to 27th, all-rounder Hardik Pandya has achieved a career-best 42nd position among batsmen after scores of 35 and 64, and Rishabh Pant has entered the top 100.

Seam bowler Bhuvneshwar Kumar, who took three for 42 in the final match, has gained nine slots to reach the 11th position, which is his best since being 10th in September 2017. Shardul Thakur’s haul of four for 67 in the same match sees him force his way up to 80th from 93rd.

Bangladesh’s Mahmudullah is up seven places to joint-40th among batsmen after an unbeaten 76 while for New Zealand, Matt Henry has moved up five slots to a career-best third position among bowlers after a haul of four for 27. Jimmy Neesham has gained 16 places to reach 62nd among bowlers.

Dickwella, who notched his 17th Test half-century – a record for a player without a century – has gained 10 places to reach a career-best 29th position. Bonner’s maiden Test century, in only his third match, has lifted him into the top 50 for the first time.

For the West Indies, all-rounder Jason Holder has moved up three places to eighth among bowlers after a haul of five for 27 in Sri Lanka’s first innings while Kemar Roach is up from 14th to 12th. Kyle Mayers has moved up 12 places to 53rd among batsmen.