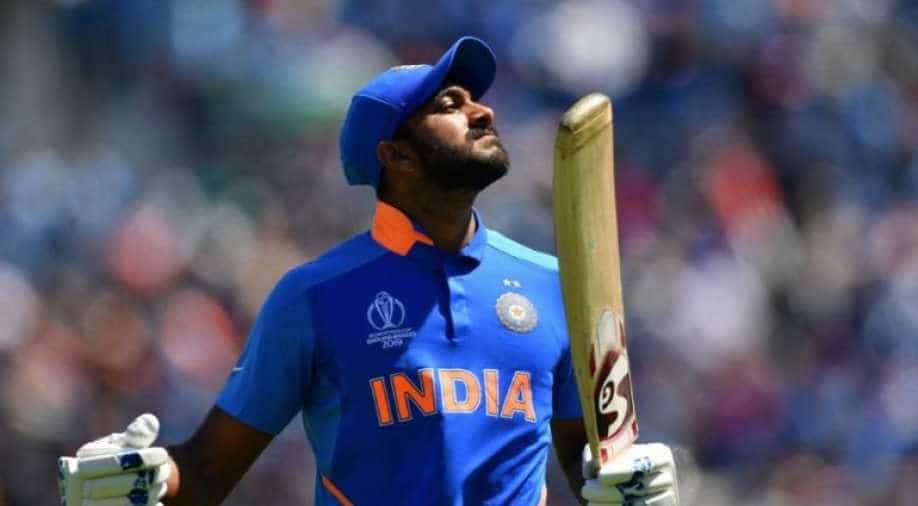 'I got into India reckoning after I performed with the bat at No. 5, I want to be in the game all the time. I have thought about changing my state team so that I can get to bat at either No. 4 or No. 5. But let's see. I hope Tamil Nadu pushes me up the order' - Vijay Shankar.

Vijay Shankar hasn't been at his best, with irregularities and injuries making him fade from Team India's set-up. The all-rounder, who knows about what he needs to do to get his vocation in the groove again, uncovered he is available to exchanging his state team to get more freedom with the bat.

The 30-year-old right now carries out his specialty for Tamil Nadu in homegrown cricket, however, he has discovered opportunities difficult to find as of late. Frequently coming in to bat down the order, Vijay Shankar feels he needs a predictable run at the top-order to demonstrate his mettle.

He addressed IANS about his possibilities, with Vijay Shankar laying out his objective to bat at No.4 or 5 for Tamil Nadu.

“I got into India reckoning after I performed with the bat at No. 5, I want to be in the game all the time. I have thought about changing my state team so that I can get to bat at either No. 4 or No. 5. But let's see. I hope Tamil Nadu pushes me up the order," - he said.

Nonetheless, one name that has been pushed to the sidelines is that of Vijay Shankar. The Tamil Nadu cricketer was important for India's 2019 World Cup squad, where he played three matches and scored 58 runs before a lower leg injury precluded him. When he recuperated, the Indian team had proceeded onward towards the new course, which implied the entryway was closed on Vijay Shankar. Additionally, the absence of a decent show in the IPL – 155 runs from 14 matches across two seasons made it intense for Vijay Shankar to get back to the contention.

“I don't compare myself with others. I have been bowling well for my franchise. But I have not had a very good time with the bat. Last season in the IPL, out of five innings, I walked in four times with the team chasing 10 or 12 an over. It is a challenge for anyone to take on the bowlers from the start,” - he added.

Notwithstanding Hardik Pandya and Ravindra Jadeja, India's all-round department shows up somewhat powerless. Hardik Pandya at this point can't bowl the number of overs he used to, which makes it much more interesting. With regards to India's next all-rounder, the names of Shivam Dube and Krunal Pandya ring a bell, however, neither have done what's necessary for the opportunities they have got.

“I did well in the limited opportunities I got for India. Even in the last T20 International series during the tour of New Zealand, I got some good scores while batting at No. 3 and 4. It is not that I had performed badly. I did well. My batting position was never certain. I batted at different places. In 12 ODIs, I got to bat eight or nine times and on five of those occasions, I went in with the asking rate being too high. I know that in cricket you have to be good enough to perform at any stage. But sometimes it doesn't come off or gets difficult," - he signed off.