I feel sorry for Mithali, she has a very good point: Sunil Gavaskar 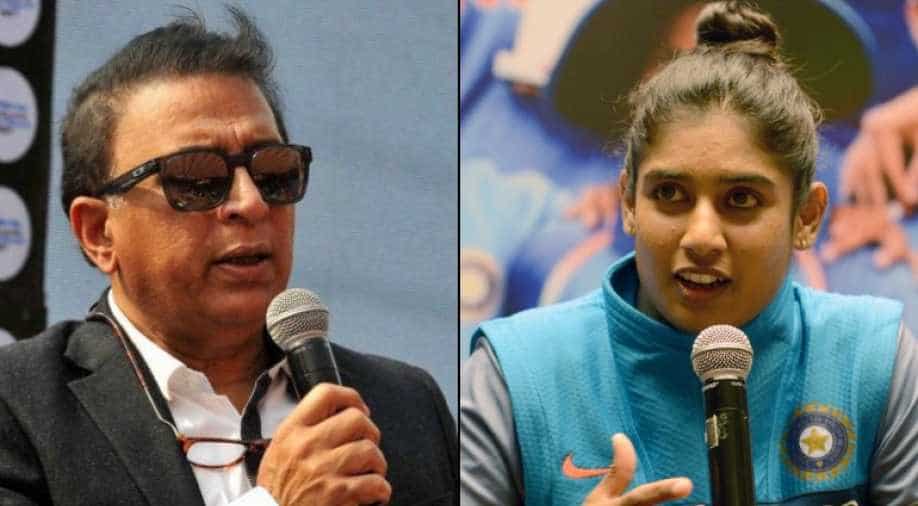 The 35-year-old Mithali was left out of the World T20 semi-final against England that raised quite a few eyebrows after India's eight-wicket loss.

Sunil Gavaskar has come out in support of senior Indian woman cricketer Mithali Raj in the controversy surrounding her dropping from the World T20 semifinal team, saying a player of her experience should not have been left out of the crucial match.

The 35-year-old Mithali was left out of the World T20 semi-final against England that raised quite a few eyebrows after India's eight-wicket loss. She was dropped despite scoring back-to-back fifties in the group stage of the competition held in the West Indies.

The team management cited cricketing logic -- it did not want to change a winning combination -- behind the move to drop Mithali but former skipper Gavaskar did not agree with that.

"I feel sorry for Mithali. She has a very good point. She has served Indian cricket for 20 years. She scored runs, she won player of the match in both matches (she played at the World T20)," Gavaskar told 'India Today'.

"You have to pick your best player for the knockouts. You needed the experience and expertise of Mithali Raj," he said.

Mithali had written a letter to the BCCI, accusing coach Ramesh Powar and Committee of Administrators member Diana Edulji, saying the two are biased against her and have tried to "destroy" her.

Gavaskar said it was difficult to comment on Powar's role from a distance but made it clear that the reason given for Mithali's dropping was wrong.

"What happened with Powar. It is very difficult to comment on that from here. But it's difficult to accept whatever the reason was. They said they wanted to stick with the same team, I don't think that's a good enough excuse. You can't drop someone like Mithali Raj," said the former captain.