'I admire you very much': Pele congratulates Lionel Messi for equalling goal record 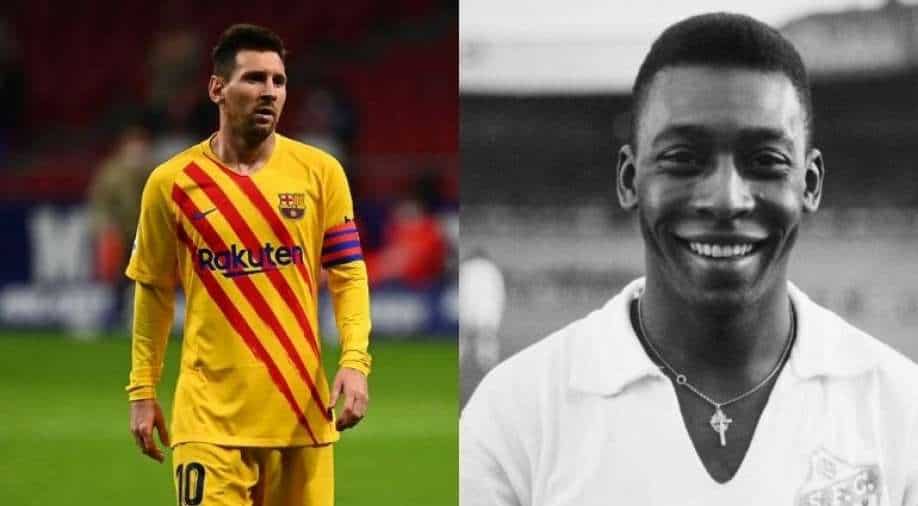 Brazilian football great Pele congratulated Lionel Messi for equalling his record of scoring most goals for a single club on Saturday.

Messi was lucky to get his record-equalling feat as he initially missed a penalty but Jordi Alba kept the ball alive and deflected the cross which was headed home by the Argentine.

“When your heart overflows with love, it is difficult to change your path. Like you, I know what it’s like to love wearing the same shirt every day,” Pele, the only player to win the World Cup three times, wrote on Instagram.

“Stories like ours, of loving the same club for so long, unfortunately, will be increasingly rare in football. I admire you very much.”

In a duel of legends, Messi has taken several more games to dismount the Brazilian superhero as Pele had scored 643 goals in 665 games for Santos, while Messi took 748 matches to reach the tally.

Barcelona is currently eight points behind leaders Atletico Madrid who beat Elche 3-1 to maintain their supremacy.