How England's final World Cup squad will shape up? 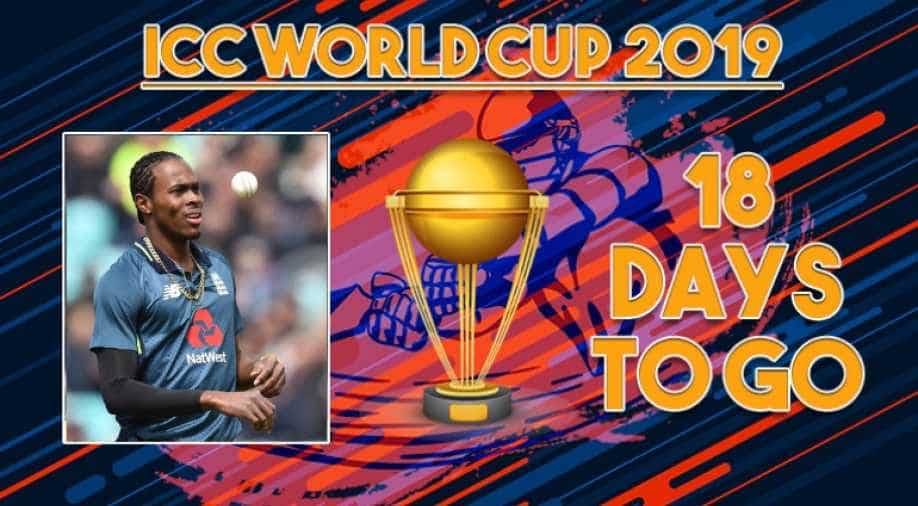 England have 17 members in their squad for the ongoing ODI series against Pakistan, of which only 15 will make the cut for the World Cup

England left out rising star Jofra Archer as they made changes for the second one-day international against Pakistan at Southampton on Saturday.

Although, England just did enough to beat Pakistan by 12 runs in the match and took a 1-0 in the five-match series. World Cup hosts England, top of the ODI rankings, made 373 for three with Jos Buttler hitting 110 not out.

But ahead of the World Cup, the English side have to make tough decisions related to the squad selection.

England have 17 members in their squad for the ongoing ODI series against Pakistan, of which only 15 will make the cut for the World Cup.

Jofra Archer wasn't named in the original CWC squad, which leaves England with some tough calls to make.

"Unfortunately, a couple of guys from this 17 will miss out, and it's going to be a tough decision, regardless of how they perform in the rest of this series because of what they've contributed over a long period of time," England captain Eoin Morgan said.

In the match against Pakistan, left-arm quick David Willey came in for Archer, fit-again opener Jason Roy returned in place of James Vince, left out on his Hampshire home ground, and Moeen Ali was recalled in place of fellow spinner Joe Denly for this day game.

Who will make 🏴󠁧󠁢󠁥󠁮󠁧󠁿's final #CWC19 squad? Skipper @Eoin16 has his say ⬇️https://t.co/W09vAwhuKT

Willey, Plunkett and Woakes are the more experienced of the lot, while Jordan and Curran are yet to play a game in the series.

After the departure of Alex Hales, it will be interesting to see who will eventually make it to the World Cup squad which has to be finalised before May 23.