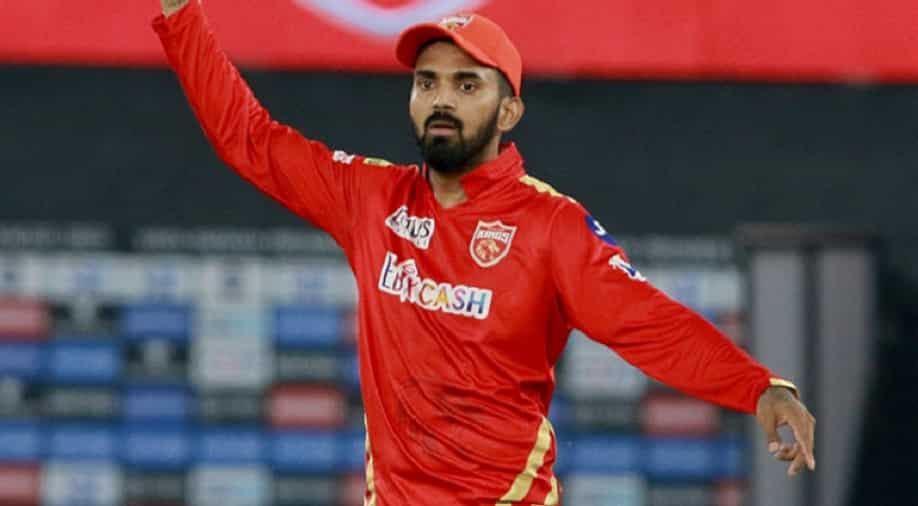 Punjab Kings skipper KL Rahul was relieved after his side clinched a thrilling 5-run win against Sunrisers Hyderabad in IPL 2021 on Saturday.

Punjab Kings (PBKS) bagged their first win of the UAE leg of the ongoing Indian Premier League (IPL) 2021 with a thrilling 5-run victory against Sunrisers Hyderabad (SRH) on Saturday. It was yet another close encounter where PBKS finally came out on top leaving skipper KL Rahul relieved after their 2-run loss in their previous game against Rajasthan Royals.

Punjab Kings managed to put on a paltry 125 runs on the board, batting first at the Sharjah Cricket Stadium in Sharjah but their bowlers delivered a disciplined performance to stop SRH on 120/7 and seal a nail-biting 5-run win. Young spinner Ravi Bishnoi turned out to be the pick of the bowlers for PBKS with a three-wicket haul.

The win also meant PBKS have now successfully defended the lowest ever total in an IPL game in Sharjah. With the three points in the bag, they moved to the fifth spot on the points table, while keeping their playoffs hopes alive in the competition. Reacting to his side's close win, PBKS skipper Rahul said his side deserves some credit for potentially keeping the TRP high with their entertaining encounters.

"We are playing some entertaining cricket and have been doing so for the last two or three years, but I'll take the win. Hope the TRP is up due to Punjab Kings," Rahul cheekily joked post his side's win against SRH on Saturday.

"We wanted to get another 20-30 more runs but we'll take the win. There was no pace on the pitch. It was important for our team for Chris and others to get stuck in. Unfortunately, that didn't happen. It gives us the belief that if you put a decent total on the board, the pressure can make the opposition do funny things," he went on.

This was not the first time this season that PBKS took the game down the wire as in their previous clash against Rajasthan Royals, they came close to victory before faltering in the final over. With just 4 runs required off the last over, PBKS could only manage one run against a young Kartik Tyagi to lose the match by 2 runs and make a disappointing start to the UAE leg of the tournament.

PBKS will now take on defending champions Mumbai Indians in their next game on Tuesday (September 28).